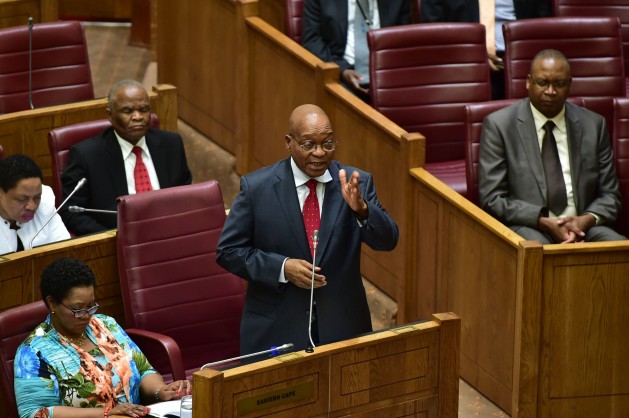 President Jacob Zuma answers questions at the National Council of Provinces on Oct. 25, 2016. During the session, he said Operation Phakisa helped drive investments worth R17 billion toward ocean-based aspects of the economy since 2014. Courtesy: Republic of South Africa

JOHANNESBURG, Nov 17 2016 (IPS) - A persistent fear of diminishing phosphorus reserves has pushed mining companies to search far and wide for new sources. Companies identified phosphate deposits on the ocean floor and are fighting for mining rights around the world.

Countries in southern Africa have the potential to set an international precedent by allowing the first offshore mining operations. South Africa specifically is one of the first countries on the continent to begin legislating its marine economy to promote sustainable development, and questions surround mining’s place in this new economy.

While the fishing and coastal tourism industries account for slightly more than 1.4 billion dollars of GDP, the potential economic benefits from marine mining remain unclear.

From April 2007 to August 2008, the price of phosphate, a necessary ingredient in fertilizer, increased nearly 950 percent, in part due to the idea that phosphate production had peaked and would begin diminishing. Before prices came back down, prospectors had already begun looking for deep sea phosphate reserves around the world.

Since then, the fledgling seabed phosphate industry has found minimal success. While several operations are proposed in the Pacific islands, New Zealand and Mexico rejected attempts at offshore phosphate mining in their territory.

This means southern African reserves – created in part by currents carrying phosphate-rich water from Antarctica – are the new center of debate.

Namibia owns identified seabed phosphate deposits, and the country has recently flip-flopped about whether to allow mining. A moratorium was in place since 2013, but in September the environmental minister made the controversial decision to grant the necessary licenses. Since then, public outcry forced him to set those aside. 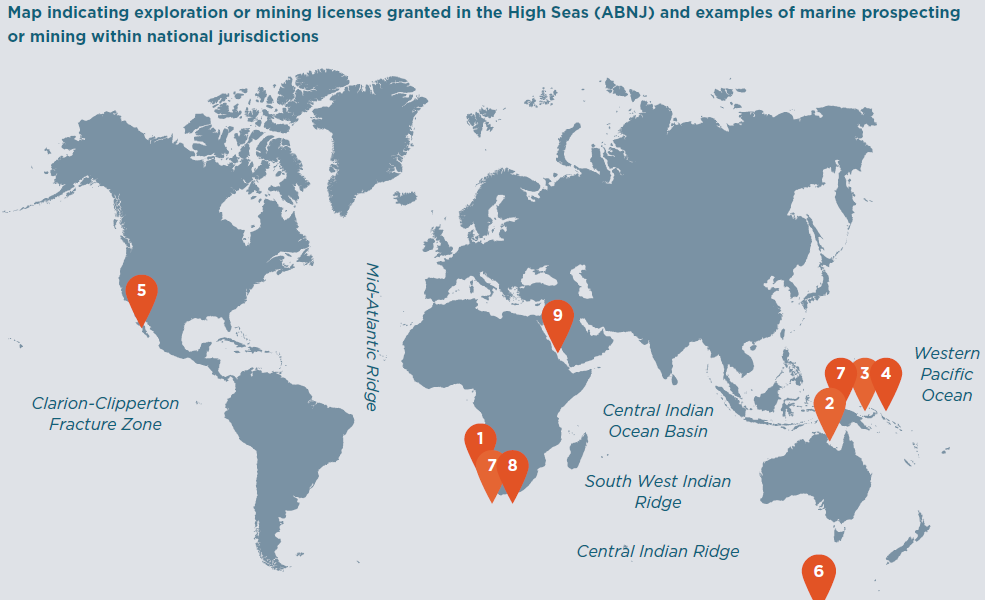 Most attempts at seabed phosphate mining have sputtered in the face of moratoriums and other roadblocks. Graphic courtesy of Centre for Environmental Rights

The former general project manager of Namibian Marine Phosphate (Pty) Ltd, a company that applied to mine in Namibia, told IPS that environmental groups and fisheries proved to be a loud and organised opposition. He predicted the debate in South Africa would be just as difficult for mining companies to win with no precedent for such mining.

Adnan Awad, director of the non-profit International Ocean Institute’s African region, said, “There is generally this anticipation that South African processes for mining and for the policy around some of these activities are setting a bit of a precedent and a bit of a model for how it can be pursued in other areas.” 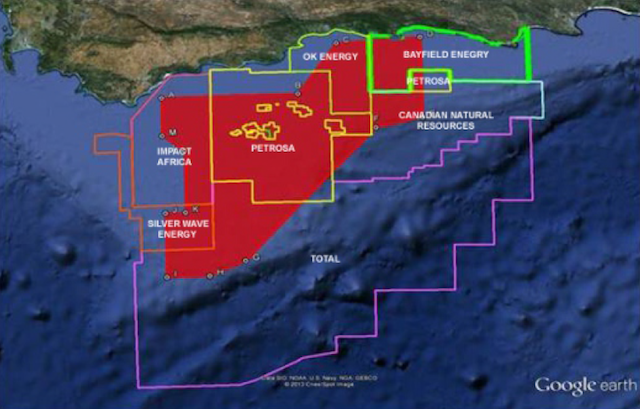 This leaves Diamond Fields as the only remaining player in South African waters. The company announced in a January 2014 press release that it received a 47,468 square kilometer prospecting right to search for phosphate.

According to information the company published summarising its environmental management plan, prospecting would use seismic testing to determine the benthic, or seafloor, geology. If mining commenced, it would take place on the seafloor between 180 and 500 meters below the surface.

Diamond Fields did not respond to repeated requests for comment.

Environmentalists argue that not only would phosphate mining destroy marine ecosystems, but it would also lead to continued overuse of fertilizers and associated pollution. They call for increased research into phosphate recapture technology instead of mining.

“We could actually be solving the problem of too much phosphates in our water and recapturing it. Instead we’re going to destroy our ocean ecosystems,” John Duncan of WWF-SA said.

The act of offshore mining requires a vessel called a trailing suction hopper dredger, which takes up seafloor sediment and sends waste back into the water column. 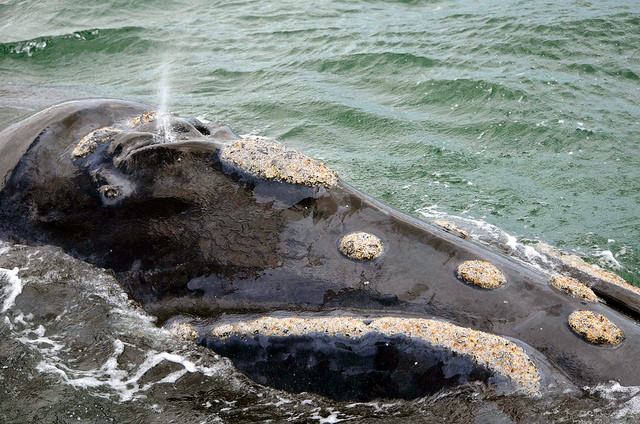 “It amounts to a kind of bulldozer that operates on the seabed and excavates sediment down to a depth of two or three meters. Where it operates, it’s like opencast mining on land. It removes the entire substrate. That substrate become unavailable to fisheries for many years, if not forever,” Johann Augustyn, secretary of the South African Deep-Sea Trawling Industry Association, said.

In addition to direct habitat destruction, environmentalists argue the plume of sediment released into the ocean could spread out to smother additional areas and harm wildlife.

“[Mining] may lead to large areas becoming deserts for the fish populations that were there. If they don’t die off, they won’t find food there, and they’ll probably migrate out of those areas,” Augustyn said.

While the fishing and coastal tourism industries account for slightly more than 1.4 billion dollars of GDP, the potential economic benefits from marine mining remain unclear. There are no published estimates for job creation, but Namibian Marine Phosphate’s proposal said it would lead to 176 new jobs, not all of them local.

“The benefits are not coming back to the greater South African community,” Awad said. “African countries generally have been quite poor at negotiating the benefits through multinational companies’ exploitation of coastal resources.”

South Africa is one of only three African nations – along with Namibia and Seychelles – implementing marine spatial planning. This growing movement toward organised marine economies balances competing uses such as oil exploration, marine protected areas and fisheries. Earlier this year, the Department of Environmental Affairs, DEA, published a draft Marine Spatial Planning Bill, the first step toward creating marine-specific legislation.

According to government predictions, a properly managed marine economy could add more than 12.5 billion dollars to South Africa’s GDP by 2033. What part mining will play in that remains to be seen.

“Internationally the off-shore exploration for hard minerals is on the increase and it is to be expected that the exploitation of South Africa’s non-living marine resources will also increase,” the DEA’s draft framework said.

Neither the Department of Mineral Resources nor the DEA responded to repeated requests for comment.

Mark Olalde’s mining investigations are financially supported by the Fund for Investigative Journalism, the Fund for Environmental Journalism and the Pulitzer Center on Crisis Reporting. Additional support for this story was provided by #MineAlert and Code for Africa.