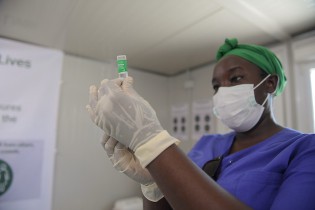 By Desmond Latham
Almost half a decade of drought across most of South Africa has led to small towns in crisis and food imports for the first time in over 20 years, as well as severely hampering the government’s planned land redistribution programme.
Next Page »
ADVERTISEMENT ADVERTISEMENT