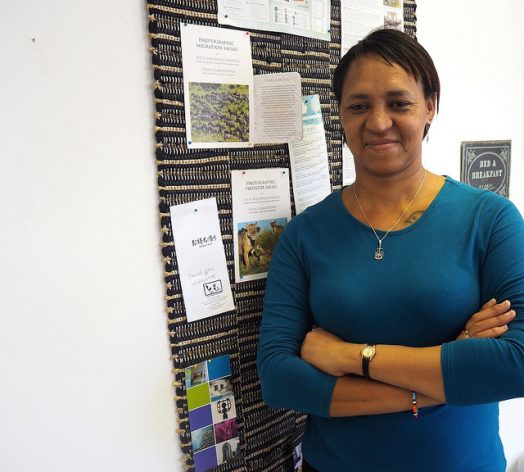 CAPE TOWN, South Africa, Jan 23 2019 (IPS) - Long before Joy Daniels became the manager of a travel company she was cleaning rooms at a guesthouse. But after joining a Fair Trade-certified business, a place that valued its staff, in a few years she was soon promoted to manager.

A Fair Trade certification is one of several initiatives in South Africa aimed at developing tourism in a responsible way.

“The way they were running that guesthouse and the way they were dealing with staff was totally different from what I experienced later on. I tried to help out here and there but I was kept back. I was just a cleaner and that was it,” she says of her previous company.

But after joining a Fair Trade-certified business she got the opportunity to develop new skills. There was a position available as manager and people encouraged her to apply.

“I have not studied management. Everything I learnt was day-to-day stealing with the eye. And I had never worked on my own without supervisor. I was very scared, but I realised I had nothing to lose.”

She was offered the job and she says the experience made her grow both personally and professionally.

“I used to be very shy. It built up my self-esteem. And when you run a company you think differently in other parts of life as well. There is a lot of things that I learnt, how to manage my life and my time, to make sure that my personal life is also in order,” Daniels says.

The impact on her life was enormous. The single mum was soon able to move from Mitchell’s Plain—a former apartheid suburb for people of colour that is still troubled by gang violence—to Sea Point, a trendy residential area on the edge of the Atlantic ocean in Cape Town.

Beneath the slopes of Table Mountain in Cape Town, another Fair Trade Tourism accredited business, a backpacking hostel started in 1990, welcomes travellers from all over the world. 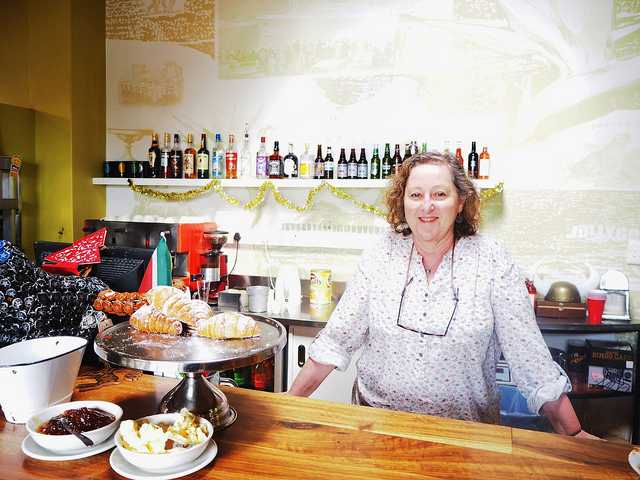 Lee Harris at the hostel in Cape Town. She hopes that in the future responsible tourism is nothing unusual. Credit: Ida Karlsson/IPS

“Me and my best friend Toni wanted to make a difference right from the start and our very first brochures were printed on recycled paper. Unheard of in those days, in fact it was a little difficult to get the paper,” Lee Harris, co-owner, told IPS.

Harris and Toni Shina have invested heavily in the well-being and professional development of the staff members. There is a staff bursary fund, which supports the education of employees and their children with up to 15,000 Rands (around 1,000 dollars) per year. The bursary means a chance for families to put their children in good schools.

The owners pay the school fees directly to the school so they get it timeously. While schooling is free in all South African government schools, some former “whites-only” government schools (which are now open to all races by law) are administered by school boards that charge minimal fees for the maintenance of the schools and provisions of extra murals etc.

One of the security guards used the bursary to pay for studies to become a pastor. Another employee used it for studies in tourism. They also have a provident fund, which is a retirement fund that the staff pay towards.

“It is like an enforced saving which is theirs when they either leave or retire,” Harris says.

“We never get rid of people if they are sick, we try to work around it instead,” Harris explains.

“We have a company that comes every Monday to recycle our waste. The table scraps are put in a bin and used by a city farm nearby,”  Harris says.

They only buy vegetables and fruits in season. Leftovers are packed and handed out to people in the street. The hostel is also actively involved in a range of social initiatives.

At the hostel they let the staff decide on the rules of the workplace, which are integrated into the employment contract.

The staff members travel long distances to work as they cannot afford to live in the city.

“There are 230 certification criteria. Businesses struggle with the administration involved to pass the audit. We do a lot of consulting to get them through the process,” Jane Edge, Managing Director, FTTSA, tells IPS.

The Fair Trade Tourism standard is directly applicable in four other countries – Malawi, Zambia, Uganda and Zimbabwe – and through mutual recognition agreements in additional five countries.

Edge says there are plans for expansion.

Meanwhile, Harris says: “I hope that in the future responsible tourism is nothing unusual.”