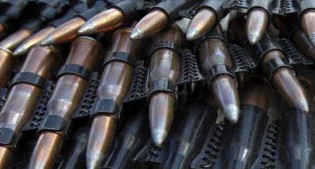 By Ida Karlsson
There has been a significant increase in arms exports from the United States and France, according to a new report. The flow of arms to the Middle East has increased, with Saudi Arabia being the world’s largest importer.

By Ida Karlsson
Jahhavi Kshsarter pulls out on to the Western Express Highway, careful to avoid the swarm of cars, lorries and motorbikes zipping past. She is one of 65 women employed by an all-female taxi company in Mumbai.

By Ida Karlsson
Despite the LuxLeaks scandal, the number of secret tax deals is skyrocketing. Such deals between companies and governments across Europe increased by almost 50 percent the year after the scandal broke.

By Ida Karlsson
The world's largest international policing organisation Interpol is being used by governments to track down political opponents and human rights campaigners, an IPS investigation reveals.

By Ida Karlsson
The home furnishing giant Ikea, founded in Sweden in 1943, is facing heavy criticism for the logging and clear-cutting of old-growth forests in the north of Russian Karelia by its wholly owned subsidiary Swedwood.

By Ida Karlsson
Confidential documents revealed this week show how Sweden has in secret been helping Saudi Arabia to plan the construction of an advanced arms factory to produce anti-tank missiles.

CHINA: On the Thousand Mothers March

By Ida Karlsson
Rebiya Kadeer has taken up a campaign for the rights of a people usually far from world headlines: the Uyghurs, a predominantly Muslim minority in China.
ADVERTISEMENT ADVERTISEMENT