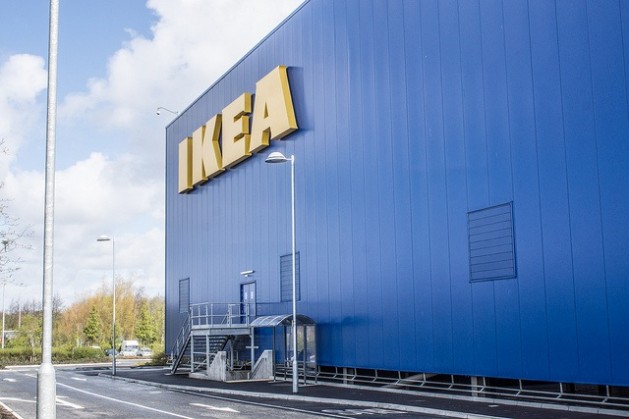 STOCKHOLM, May 29 2012 (IPS) - The home furnishing giant Ikea, founded in Sweden in 1943, is facing heavy criticism for the logging and clear-cutting of old-growth forests in the north of Russian Karelia by its wholly owned subsidiary Swedwood.

According to leading environmental organisations, such logging is destroying ancient and unique forests that have a high conservation value.

Wood is by far the primary raw material in Ikea’s products. Roughly 60 percent of the products stocked in the multinational’s 300 department stores around the world contain wood in any form.

For years, the company has used the “We Love Wood” slogan to promote the fact that Ikea only uses wood obtained in an economically, socially and environmentally sustainable way.

But recent reports and studies prove that this proclamation is a myth.

An investigative report released last month by Swedish public service television found that Swedwood cuts down about 1,400 acres of forest a year.

“We have a (limited) amount of old-growth forest in the north of Russian Karelia with high conservation value. Ikea says they don’t operate in old-growth forests but it is not true,” Olga Ilina, head of the forest department of the NGO SPOK, the Karelia Regional Nature Conservancy, told IPS.

Now only about 10 percent of the ancient old-growth forests remain in Karelia, according to Ilina.

The Global Forest Coalition, an alliance of NGOs in more than 40 countries, strongly condemned Ikea’s activities in Russia.

Protect the Forest, Sweden, a nature conservation organisation, has documented that Ikea, through Swedwood, clear-cut areas of old-growth forest containing 200-600 year-old trees in the northwest of Karelia, near the Finnish border, a process that is having deep ramifications on the invaluable forest ecosystems.

The belt of virgin forest in Russia, together with the tropical rainforests along the equator, performs vital functions for life on earth: forest belts bind huge amounts of carbon dioxide and are home to hundreds of thousands of unique animal and plant species.

On paper FSC has strict rules for certification that ensure protection of ancient forests. But in reality there are some gaps in regulation, according to Andrei Ptichnikov, general manager of FSC in Russia.

“You can’t say that FSC can protect all forests. If we (claimed) to protect every tree, no company would (register) with FSC. It is not realistic. It is always a compromise,” he told Swedish TV journalists recently.

Anders Hildeman, forest manager at Ikea, acknowledged the charges but stood by the company line that Ikea takes high conservation values into account when they plan their logging.

“We will continue to work according to the principles that we agreed on together with Russian environmental organisations like SPOK. Our goal is to develop and improve forest management. Swedwood has played an important role in the advancement of forestry in Karelia,” he told IPS.

Hildeman says Swedwood was the first FSC-certified company in Karelia back in 2006. According to him FSC certification is a good basis for responsible forest management.

Ilina said Swedish and Russian NGOs  had planned to meet with Ikea officials to discuss the situation in north Karelia but when the company only agreed to meet with the Russian organisations, the meeting was called off.

“Swedwood operates in a better way than local Karelian companies but we think they can do much better considering their resources. They could plan their forestry better and make it more ecologically friendly. They should log secondary forests that are not so valuable instead of virgin forestry. Ikea has the means to do this,” Ilina told IPS.

Ikea’s total profits between 2000 and 2008 amounted to some 30 billion dollars, according to the company’s annual financial reports.