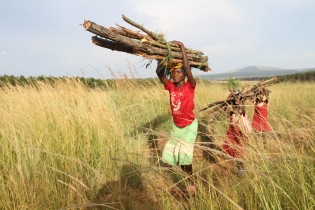 By Fabíola Ortiz
An indigenous community in Brazil has decided to single-handedly take action against illegal loggers who are moving into their territory in search of highly valued timber.

By Marcela Valente
Two corruption scandals - one homegrown and the other originating in Spain – are again highlighting the connections in Argentina between irregular investments, the misuse of environmental remediation projects for private gain, and plans that contribute to the degradation of natural resources.

By Carey L. Biron
Officials at the World Bank are forcefully rejecting a new internal evaluation that is highly critical of the institution’s decade-long forest policy, expressing their “strong disagreement” with some assertions in the report.

By Ida Karlsson
The home furnishing giant Ikea, founded in Sweden in 1943, is facing heavy criticism for the logging and clear-cutting of old-growth forests in the north of Russian Karelia by its wholly owned subsidiary Swedwood.
ADVERTISEMENT ADVERTISEMENT