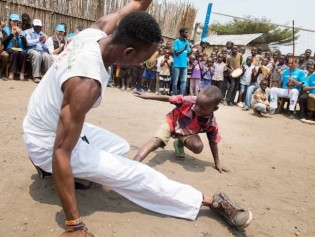 By Fabíola Ortiz
Over almost five decades of Israeli occupation, the number of Palestinian refugees has grown with every generation, saturating basic services in the 19 camps that are home to about 200,000 people in the West Bank run by the United Nations.

By Fabíola Ortiz
Latin America’s largest economy, Brazil, has succeeded in lifting 36 million people out of extreme poverty over the past 12 years. But it has still a long way to go towards promoting inclusive and sustainable growth.

By Fabíola Ortiz
Problems in access to quality drinking water, supply shortages and inadequate sanitation are challenges facing development and the fight against poverty in Latin America. A new regional centre based in Brazil will monitor water to improve its management.
Next Page »
ADVERTISEMENT ADVERTISEMENT