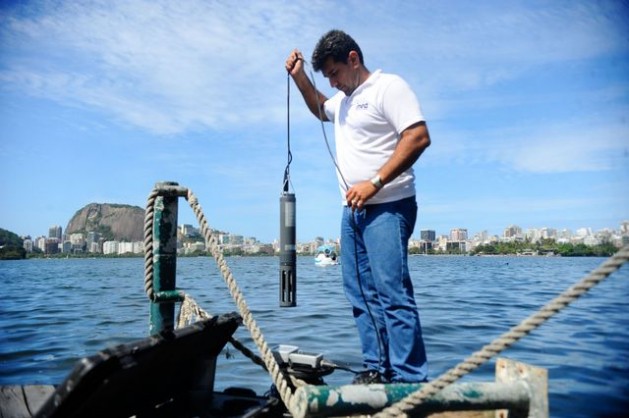 RIO DE JANEIRO, Aug 27 2014 (IPS) - Problems in access to quality drinking water, supply shortages and inadequate sanitation are challenges facing development and the fight against poverty in Latin America. A new regional centre based in Brazil will monitor water to improve its management.

One example of water management problems in the region is the biggest city in Latin America and the fourth biggest in the world: the southern Brazilian megalopolis of São Paulo, which is experiencing its worst water crisis in history due to a prolonged drought that has left it without its usual water supplies – a phenomenon that experts link to climate change.

To prevent such problems, the United Nations Environment Programme (UNEP) and Brazil’s national water agency (ANA) signed a memorandum of understanding, making the institution the hub for water quality monitoring in Latin America and the Caribbean.

“Access to good quality water is one of the key issues for eliminating poverty and is also one of the main problems faced by developing countries. This has serious consequences for the health of the population and the environment.“ -- Marcelo Pires

“Brazil will be a hub for the region and will act as a coordinator for training programmes carried out together with other countries,” Marcelo Pires, an expert on water resources in the strategic management of ANA, told Tierramérica.

“Monitoring, sample collection methods and data analysis are very useful for decision-makers” when it comes to water management, he said.

The regional hub will also play a strong role in the establishment of national centres in each country.

“We don’t yet have a precise assessment of the situation, but we know there are advanced monitoring centres in Argentina, Chile and Colombia,” Pires said.

ANA will also be the nexus with UNEP to disseminate information on the quality of water resources, according to the parameters set by the U.N. Global Environment Monitoring System (GEMS) Water Programme.

That programme has created a global network of more than 4,000 research stations with data collected in some 100 countries.

Since 2010, Brazil’s water agency has been implementing a national water quality programme in the country’s 26 states and federal district, inspired by GEMS.

Pires said access to clean water, as well as the provision of sanitation to the entire population, is a basic condition for the country’s development. The northern Brazilian city of Santarém, on the banks of the Tapajós river, a tributary of the Amazon river, dumps a large part of its waste in the area around the port. The lack of sanitation means the river is highly polluted. Credit: Fabíola Ortiz/IPS

“Access to good quality water is one of the key issues for eliminating poverty and is also one of the main problems faced by developing countries. This has serious consequences for the health of the population and the environment,” the expert said.

UNEP Executive Director Achim Steiner said the inefficient management of water resources and international cooperation among countries of the developing South were “fundamental steps” for the sustainable use of water.

“Guaranteeing infrastructure for water and sanitation is a basic condition for economic development. This challenge is made even more complex as a result of the impacts of climate change. All of this reinforces the need to adapt to the global reality,” Steiner said, announcing the agreement with ANA.

The memorandum of understanding between the two institutions was made known this month, although it was signed in July during a visit by Steiner to Brazil. It will initially be in effect until late 2018, when it could be extended.

A study carried out by ANA found that over 3,000 towns and cities are in danger of experiencing water shortages in Brazil starting next year. That is equivalent to 55 percent of the country’s municipalities.

Water shortages are a frequent aspect of life in Latin America, as is unequal distribution of water. In addition, the quality of both water and sanitation is precarious.

“Our outlook is not very different from that of our neighbours,” Pires said.

To illustrate, he noted that only 46 percent of the sewage from Brazilian households is collected, and of that portion only one-third is treated, according to the latest survey on basic sanitation.

“Brazil has a sanitation deficit. People coexist on a day-to-day level with polluted rivers. That is reflected in public health and even in the treatment of water to supply households,” Pires said.

Climate change-related impacts also make greater integration in terms of water management necessary among the countries of Latin America, because it means episodes of drought are more frequent and more pronounced, which results in lower water levels in reservoirs.

In Latin America, 94 percent of the population has access to clean water – the highest proportion in the developing South – according to a May report by the World Health Organisation (WHO). But 20 percent of Latin Americans lack basic sanitation services.

There is also a high level of inequality in access to clean water and sanitation, between rural and urban areas.

The World Bank, for its part, notes that climate change generates a context of uncertainty and risks for water management, because it will increase water variability and lead to more intense floods and droughts.

The consequence will be situations like the one in greater São Paulo, where one-third of the population of 21 million now face water shortages, while incentives are provided to people who manage to cut water consumption by 20 percent.

Different São Paulo neighbourhoods have been rationing water supplies to residents since February.

Alceu Bittencourt, president of the Brazilian Association of Sanitary and Environmental Engineering in São Paulo, told Tierramérica that this is the worst water crisis in the history of the city and is evidence of climate variability.

He added that most cities and towns in Latin America have not put in place a response to these changes in the climate.

“It will take two or three years to get back to normal. This exceptional situation indicates that climate change is changing the rainfall patterns,” he commented, referring to the worst drought in southern Brazil in 50 years.

Since Jul. 12, the water that has reached the taps of at least nine million residents of São Paulo comes from the “dead volume” of the Cantareira system of dams, built in the 1970s, which collects the water from three rivers. The dead volume is a reserve located below the level of the sluices, and is only used in emergencies.

According to official projections, the reserve will be exhausted in October if the drought does not end, which would further aggravate the crisis that is already affecting every category of water consumer, Bittencourt explained.