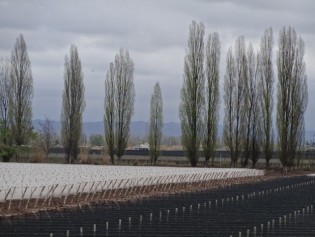 By Fabiana Frayssinet
In Argentina, where millions of families have unmet dietary needs despite the country’s vast expanse of fertile land, the Huerta Niño project promotes organic gardens in rural primary schools, to teach children healthy eating habits and show them that they can grow their own food to fight hunger.

By Emilio Godoy
Latin America is making heavy weather of setting targets for greenhouse gas emissions reduction, which all countries must present ahead of the United Nations Framework Convention on Climate Change (UNFCCC) conference later this year.

By Mario Osava
In Brazil water and electricity go together, and two years of scant rainfall have left tens of millions of people on the verge of water and power rationing, boosting arguments for the need to fight deforestation in the Amazon rainforest.

By Edgardo Ayala and Claudia Ávalos
Nearly three years after the rights of El Salvador’s indigenous people were recognised in the constitution, there are still no public policies and laws to translate that historic achievement into reality.
Next Page »

Tierramérica is the main communications platform on sustainable development and the environment in Latin America and the Caribbean. It is produced by IPS Noticias, the agency’s Spanish-language service, which created it jointly with the United Nations Development Programme (UNDP) and the United Nations Environment Programme (UNEP), with later support from the World Bank. The weekly editions of Tierramérica are published in Spanish, Portuguese and English and are picked up and printed by dozens of media outlets in the region. Follow us on Facebook and Twitter.

IPS is not responsible for the content of external sites