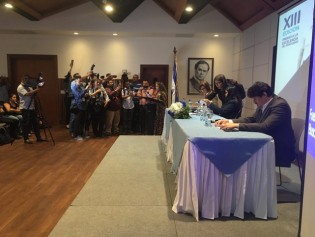 By José Adán Silva
A new Family Code that went into effect in Nicaragua this month represents an overall improvement in terms of the rights of Nicaraguans. However, it has one major gap: it fails to recognise same-sex marriage, and as a result it closes the doors to adoption by gay couples.

By José Adán Silva
The new interoceanic canal being built in Nicaragua has brought good and bad news for the scientific community: new species and archeological sites have been found and knowledge of the local ecosystems has grown, but the project poses a huge threat to the environment.
Next Page »
ADVERTISEMENT ADVERTISEMENT