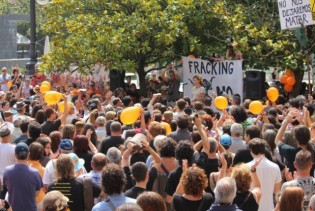 By Inés Benítez
Until recently it was inconceivable for small groups of organised citizens in fully electrified industrialised countries like Spain to generate their own power from clean sources of energy, challenging the prevailing energy model.

By Inés Benítez
The pursuit of universal jurisdiction in Spain is drawing to a close because of a bill that will entail the dismissal of over a dozen criminal investigations in the country’s courts and will make it very difficult to open new cases of crimes against humanity.

By Inés Benítez
They are members of Spain’s Guardia Civil. But instead of pursuing undocumented immigrants like the rest of the police in Spain, they are there to defend them from the crimes to which they often fall victim.

By Inés Benítez
Gabi was born six years ago biologically male, but dressed up as a princess and wore necklaces and long hair so that everyone saw a little girl instead.

By Inés Benítez
A police cordon kept everyone out of the Buenaventura “corrala” on Thursday after the police evicted 13 families living in the occupied building in the centre of this southern Spanish city early in the morning.
Next Page »
ADVERTISEMENT ADVERTISEMENT