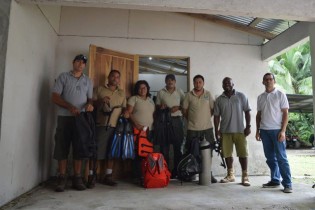 By Diego Arguedas Ortiz
After a nearly two-month wait, a group of 180 Cuban migrants, of the roughly 8,000 stranded in Costa Rica in their attempt to reach the United States, continued on their way as a result of a complex logistical process that emerged from diplomatic negotiations involving several countries in the region.

By Diego Arguedas Ortiz
Thousands of Cubans heading for the United States have been stranded at the Costa Rican-Nicaraguan border since mid-November, waiting for the authorities in Managua to authorise their passage north.
Next Page »
ADVERTISEMENT ADVERTISEMENT