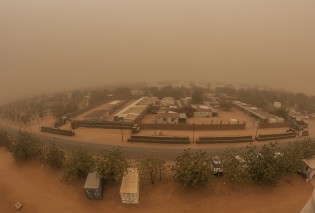 By Bradnee Chambers
There are few experiences more frustrating than a delay in travel plans caused by bad weather. According to the Intergovernmental Panel on Climate Change (IPCC), this may be something we will have to get used to in the future.
Next Page »
ADVERTISEMENT ADVERTISEMENT