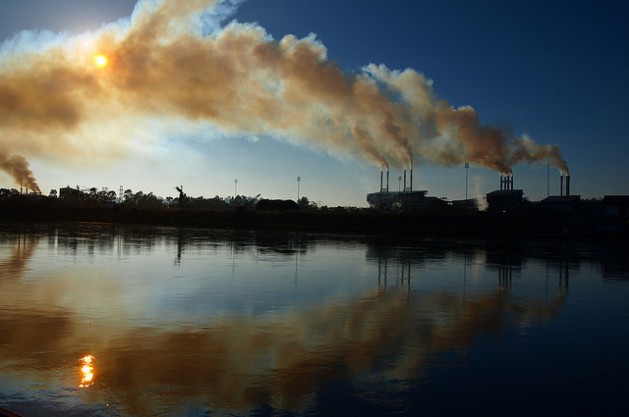 A debate on decarbonising development has emerged in Latin America, a region where natural resources, including fossil fuels, play a heavy role in the economy. Credit: Courtesy of Guilherme/Flickr

RIO DE JANEIRO, Nov 14 2014 (IPS) - When the advances made towards curbing global warming are analysed in the first 12 days of December in Lima, during the 20th climate conference, Latin America will present some achievements, as well as the many challenges it faces in “decarbonising development”.

Experts consulted by IPS said that during the 20th session of the Conference of the Parties (COP20) to the United Nations Framework Convention on Climate Change (UNFCCC) the region will be able to point to progress in reducing deforestation in the Amazon jungle, especially in the Brazilian portion where forest loss was reduced 80 percent in the last decade, according to official sources.

But they say Latin America’s focus should be the “decarbonisation” of the economy, limiting the share of fossil fuels and other sources of carbon dioxide (CO2) in the energy mix, in order to mitigate the impact of climate change, as demanded by the Intergovernmental Panel on Climate Change (IPCC) in its fifth report, launched Nov. 2.

“We can break with the idea that it is always difficult to reach a consensus in Latin America,” the head of Friends of the Earth Brazil, Roberto Smeraldi, told IPS. “There is a diversity of new experiences; the region is a laboratory of learning with respect to climate change.”

In his view, new alliances must be created by means of bilateral and regional accords, aimed at strengthening the position of Latin American countries in the negotiations among the parties, both in Lima and along the road that is to lead to a new climate treaty a year later in Paris.

“When tackling climate change, Latin Americans don’t have to cling to a narrative based in the past.” -- Mario Molina

But he complained that Brazil is not harnessing its comparative advantages in terms of natural resources and great potential for decarbonising its economy and investments, in order to take on a leadership role in the climate negotiations.

“Brazil should be interested in assuming a more aggressive role and pushing for progress [in the talks]. I’m convinced that it can develop a low-carbon economy, even if it becomes a major oil exporter,” he argued.

The IPCC advocates a low-carbon economy. Financial flows must be modified to substantially reduce CO2 emissions, the panel says. It is calling, for example, for a 30 billion dollar a year reduction in investment in fossil fuels for electricity worldwide.

Molina told IPS that the idea that the region’s wealth and development depend on the extraction of natural resources, especially fossil fuels, is a myth.

“I have a lot of faith in Latin America,” he said. “We have talked about the need to make reparations for past emissions and the responsibilities of the most developed countries. The truth is that it is the responsibility of all of us. We have to look towards the future and identify ourselves as leaders in sustainability.”

The creation of mechanisms that ensure the transfer of technology and funds for investment in sustainable projects and renewable energies is an alternative for the region, Molina said. 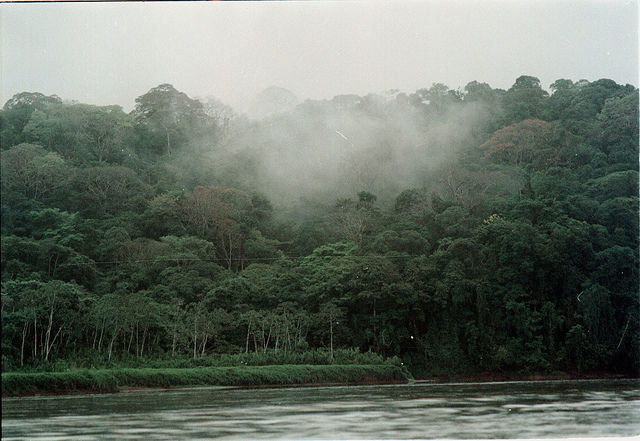 “When it comes to tackling climate change, Latin Americans don’t have to cling to a narrative based in the past,” he said.

Chile, according to the experts, assumed a vanguard position when it announced the first tax on carbon in South America, in September, aimed at forcing power companies to gradually move to cleaner sources, with the target of reducing greenhouse gas emissions 20 percent by 2020, from 2007 levels.

But Smeraldi and Molina said there is still a great deal of pressure from infrastructure projects and companies exploiting natural resources which invade the limits of protected natural areas.

“Chile demonstrated great leadership by setting a price on carbon emissions and we need something similar in the region, on a large scale. At the other end of the spectrum we have Venezuela [with an oil-based economy] and also the case of Ecuador,” Molina said.

“We have to understand that Latin America’s natural resources are on top of the ground: our people, solar power, and wind energy.”

Molina and the other experts interviewed by IPS said one alarming case is that of Ecuador and its plans for large-scale oil drilling in the Amazon region, including the reserves in the Yasuní National Park, an area of nearly 10,000 sq km.

The president of Ecuador, Rafael Correa, argues that the income brought in from that oil is necessary for poverty reduction and development in the country.

Because of a development model focusing on carbon-based growth, four million hectares in forest cover were lost in South America between 2000 and 2014, according to the United Nations Food and Agriculture Organisation (FAO) report “The Global Forest Resources Assessment 2010”.

Brazil alone lost an average of 2.6 million hectares of green areas per year during that period, despite the decline in deforestation in the Amazon.

The FAO report underscores the essential role played by forests in climate change mitigation. Trees store 289 gigatons of carbon a year around the world, and the Amazon region captures 100 gigatons.

The Climate Reality Project’s Molina acknowledged that despite the efforts made, deforestation remains high in tropical forests, because the regulation of the sustainable use of soil and governance of natural areas are generally pending issues in Latin America, as part of emissions reduction policies.

“The importance of the Amazon rainforest and other tropical jungles is globally recognised, and there is support to preserve them. But we have a lot of work to do,” Molina said.

The executive secretary of the Climate Observatory in Brazil, Carlos Rittl, pointed out that “there is no regional commitment with regard to forests or to eliminating deforestation, because the countries of the developing South have no mandatory targets for emissions reduction under the UNFCCC.”

But some countries, he noted, have assumed national commitments, like Paraguay, with its zero deforestation plan, or Peru, which created a forestry fund to finance sustainability projects.

Especially significant is the case of Costa Rica, the first country in the world to set a carbon neutrality target: the goal is for the country to fix as much CO2 as it emits by 2021.

And on Sept. 23, Chile, Colombia, Guyana and Peru signed the New York Declaration on Forests during a U.N. summit on climate change held in New York, which pledged to halt the loss of the world’s natural forests by 2030.