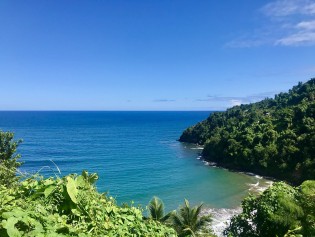 By Isaiah Esipisu
Kenya’s getting hotter. Much hotter than the 1.5˚C increase that has been deemed acceptable by global leaders, and it is too hot for livestock, wildlife and plants to survive. Thousands of households, dependent on farming and livestock, are at risk too.

By Mithika Mwenda
An African delegation is in the Polish city of Katowice to join 30,000 delegates and thousands others from almost 200 countries attending the 4th edition of what has come to be known as annual climate change negotiation conferences organised under the auspices of the United Nations.

By Zadie Neufville
On Nov. 30 last year, a new high-performance ‘Super Computer’ was installed at the University of the West Indies (UWI) during climate change week. Dubbed SPARKS - short for the Scientific Platform for Applied Research and Knowledge Sharing - the computer is already churning out the ‘big data’ Caribbean small island states (SIDS) need to accurately forecast and mitigate the effects of climate change on the region.
Next Page »
ADVERTISEMENT ADVERTISEMENT