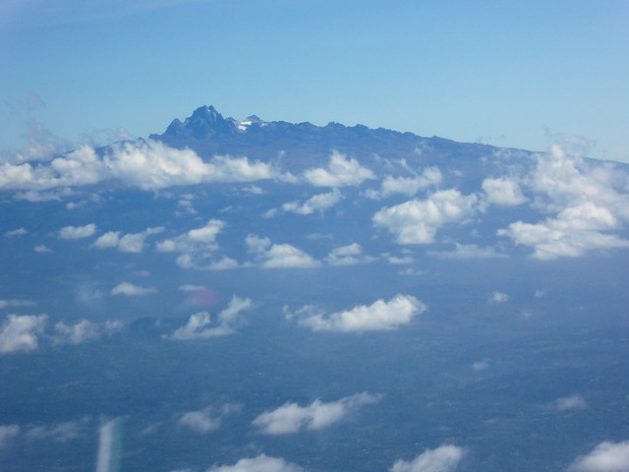 Communities living on the foothills of Mount Kenya believe that burning forests will result in rain. A new United Nations report states that deforestation is one of the major drivers of climate change. Credit: CC By 2.0/Regina Hart

NAIROBI, Aug 9 2019 (IPS) - The villagers living on the foothills of Mount Kenya have a belief: If they burn the forest, the rains will come.

“Generally, we believe that the sky is covered by a thick layer of ice and only a forest fire can rise high enough to melt this ice and give us rainfall,” Njoroge Mungai, a resident from Kiamungo village, Kirinyaga County, which is located on the foothills of Mount Kenya, tells IPS.

It is little wonder then that Kirinyaga is one of the counties most affected by wild fires, according to the Kenya Forest Services (KFS).

During the first two months of this year, at least 114 forest fires were recorded across Kenya with at least five major forests being adversely affected, according to KFS. In just a matter of days in February, a wild fire ravaged an estimated 80,000 acres of Mount Kenya’s forest moorlands. Forest and wildlife experts are adamant that communities living around these forested areas are responsible for the fires.

Such significant loss of forest cover is not a unique occurrence across Africa. And yet deforestation is one of the major drivers of climate change, according to a new report.

Scientists on the United Nation’s Intergovernmental Panel on Climate Change (IPCC) have noted that the world is staring at a climate catastrophe.

These warnings are contained in a new IPCC Special Report on Climate Change and Land (SRCCL) released yesterday, Aug. 8, in Geneva, Switzerland.

Co-authored by 107 scientists, almost half of whom are from developing nations and 40 percent of whom are female, the report resoundingly places land management at the very centre of the raging war to combat climate change, stating that effective strategies to address global warming must place sustainable land use systems at their core. 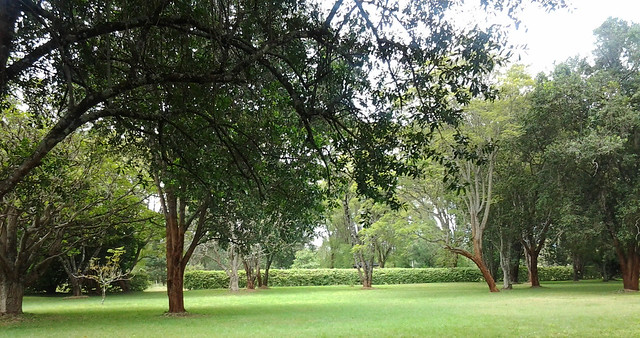 The Mijikenda community in southern Kenya carefully tends to the outskirts of kaya forests, which also serve as the ancient burial grounds of their ancestors, nurturing a diverse ecosystem that is home to rare plant and bird species. A new United Nations report states that effective strategies to address global warming must place sustainable land use systems at their core. Credit: Miriam Gathigah/IPS

“IPCC’s newly released report focuses on the link between global warming and land use. At the core of this report is the nexus between climate change and unsustainable land use, including unsustainable global food systems,” Richard Munang, the sub-programme coordinator on climate change at U.N. Environment’s Africa Office, tells IPS.

Munang says that this nexus “is already coming to the fore in Africa especially now that the continent is losing forest cover at a rate that is much higher than the global average.”

He further explains that globally, Africa bears the second-highest cost of land degradation—estimated at 65 billion dollars per year—and that this has put a strain on economic growth.

“While average losses resulting from land degradation in most countries are estimated at nine percent of Gross Domestic Product (GDP), some of the worst afflicted countries are in Africa and lose a staggering 40 percent of their GDP,” he says.

The IPCC report emphasises that while climate change itself can increase land degradation through increases in rainfall intensity, flooding, drought intensity, heat stress and dry spells, it is land management practices that has tipped the balance of increased land degradation. The report noted that agriculture, food production, and deforestation are the major drivers of climate change.

According to the report, land is a critical resource and also part of the solution to climate change. However, as more land becomes degraded, it becomes less productive and at the same time reducing the soil’s ability to absorb carbon. This in turn exacerbates climate change.

As a result of significant land use changes, grazing pressures and substantial reduction in soil fertility, U.N. researchers now say that one-third of total carbon emissions come from land.

Dr. Wilfred Subbo, a lecturer in natural resources at the University of Nairobi, notes the findings with concerns: “Land is under a huge amount of pressure and we are increasingly witnessing how human-induced environmental changes contribute to catastrophic carbon emissions.”

“We are indeed heading straight into a climate disaster and this report has highlighted how damaged land is no longer serving as that large sink that absorbs harmful carbon dioxide emissions,” he tells IPS. 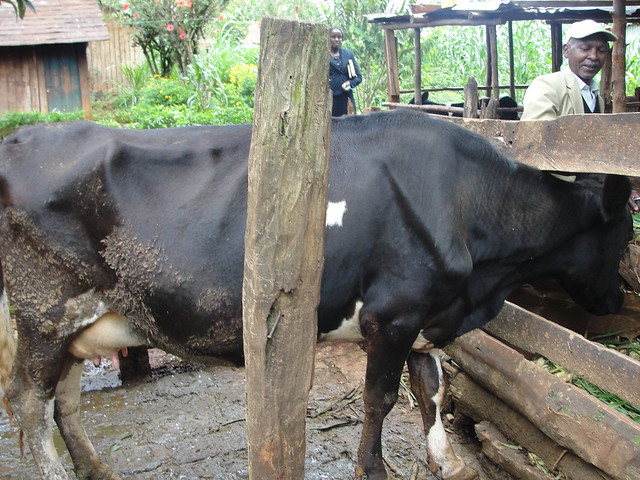 The report also noted “global warming and urbanisation can enhance warming in cities and their surroundings, especially during heat related events, including heat waves”.

“Last year the United Nations Development Programme indicated that Africa’s urban transition is unprecedented in terms of scale and speed and that the continent is 40 percent urban today,” Subbo says.

Coordinated action to address climate change can simultaneously improve land, food security and nutrition, and help to end hunger, the IPCC said in a statement. The report highlights that climate change is affecting all four pillars of food security: availability (yield and production), access (prices and ability to obtain food), utilisation (nutrition and cooking), and stability (disruptions to availability).

“We will see different effects in different countries, but there will be more drastic impacts on low-income countries in Africa, Asia, Latin America and the Caribbean,” he said.

Munang nonetheless points out that all is not lost: “Over 90 percent of countries in Africa have ratified their commitments to accelerate climate action towards achieving the 2015 Paris agreement.”

This agreement seeks to achieve a sustainable low carbon future. Munang emphasises that such climate goals calls for countries to embrace ambitious eco-friendly practices such as agro-forestry, the use of organic fertiliser and clean energy, among others.

He says that a number of African countries are on track. “Ethiopia has done very well and set a new unofficial world record of planting over 350 million trees in just 12 hours.”

Kenya aims to run entirely on green energy by 2020 and is on record as having the largest wind farm in Africa, as is Morocco with the largest solar farm in the world.

“The key going forward is to change perspective and to look at these actions within the broader goal of building globally competitive enterprises with climate action co-benefits,” Munang says.

Meanwhile, back on the foothills of Mount Kenya, Mungai says that there are efforts to educate the community about forest fires and the effect it has on both the land and climate.

“This belief will take time to change because it was passed down from our grandfathers. But the County government is focused on addressing these problems so future generations will learn to do things directly.”