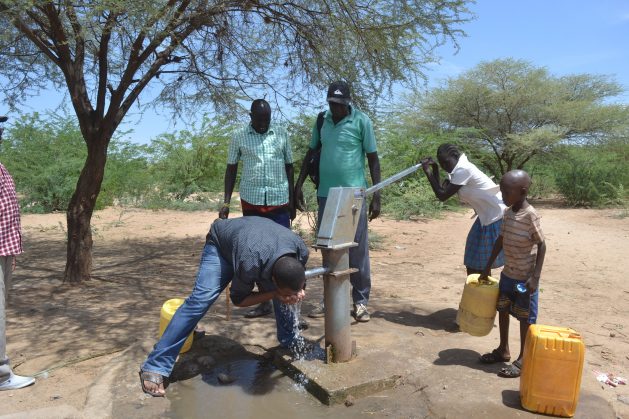 A borehole in Kenya's Turkana County. Experts say that groundwater in drylands is recharged through extreme floods. Credit: Isaiah Esipisu/IPS

According to the research, which was led by the University College London (UCL) and Cardiff University, this vital source of water for drinking and irrigation across sub-Saharan Africa is resilient to climate variability and change.

“Our study reveals, for the first time, how climate plays a dominant role in controlling the process by which groundwater is restocked,” Richard Taylor, a Professor of Hydrogeology from UCL, told IPS. Taylor is the co-lead on the new study, which was conducted with a consortium of 32 scientists from different universities and institutions from Africa and beyond.

Researchers reviewed data sets of water levels from 14 wells across the region that are not generally used by people.

“Our data-driven results imply greater resilience to climate change than previously supposed in many locations from a groundwater perspective and thus question, for example, the model-driven [Intergovernmental Panel on Climate Change] IPCC consensus that ‘Climate change is projected to reduce renewable surface water and groundwater resources significantly in most dry subtropical regions,’” Taylor said in a statement.

The IPCC Fifth Assessment Report states in contrast that “climate change over the twenty-first century is projected to reduce renewable surface water and groundwater resources significantly in most dry subtropical regions, intensifying competition for water among sectors”.

Groundwater plays a central role in sustaining water supplies and livelihoods in sub-Saharan Africa due to its widespread availability, generally high quality, and intrinsic ability to buffer episodes of drought and increasing climate variability.

So the finding comes as good news for communities and governments across Africa where livelihoods are becoming more and more dependent on groundwater.
“In our current budget, we have allocated over Sh164 million (1.64 million dollars) to irrigation projects, and most of the water already being used is from boreholes,” Chris Aleta, Kenya’s Turkana County Minister for Water and Irrigation, told IPS.

Turkana is a pastoral county and one of the driest in Kenya. Research has revealed that between 1977 and 2016, cattle, which is the main source of livelihood in this county, reduced by 60 percent.

Currently thousands of households are producing horticultural crops that are sold locally in major towns and even overseas.

“Some of us do not have a single cow to graze,” Paul Samal, a pastoralist-turned-farmer from Kaptir Ward, Turkana County, told IPS.

“I had over 200 goats and a herd of 50 cattle, but most of them were consumed by the drought in 2011, and the remaining stock was stolen in 2015,” said the father of five.
So in 2016 he began using groundwater to grow tomatoes, watermelons and indigenous vegetables.

According to Lister Kongola, a retired hydrologist who worked for the government of Tanzania from 1977 to 2012, the demand for water in Dodoma City has been rising over the years, from 20 million litres per day (l/day) in the 1970s, to 30 million l/day in the 1980s and to the current 61 million l/day.

The World Bank estimates that at least 70 percent of over 250 million people living in southern African countries rely on groundwater as their primary source of water for drinking, sanitation and livelihood support through agriculture, ecosystem health, and industrial growth.

According to scientists, understanding the nexus of climate extremes and groundwater replenishment is vital for sustainability. This improved understanding is also critical for producing reliable climate change impact projections and adaptation strategies.

The new study also found that unlike drylands, where leakage from seasonal streams, rivers and ponds replenish groundwater, in humid areas groundwater is replenished primarily by rainfall directly infiltrating the land surface.

“This finding is important because model-based assessments of groundwater resources currently ignore the contribution of leaking streams and ponds to groundwater supplies, underestimating its renewability in drylands and resilience to climate change,” said Dr Mark Cuthbert, a research scientist from Cardiff University.

According to Michael Arunga of World Vision, an international humanitarian agency that sometimes supports communities during extreme climate events, the findings are vital for spatial planning for governments in Africa.

“The good thing is that extreme droughts and rainfall seasons are predictable, and the patterns are the same across Africa,” Arunga told IPS.
“These findings will therefore make it easier for governments to draft policies for sustainable groundwater use based on knowledge.” 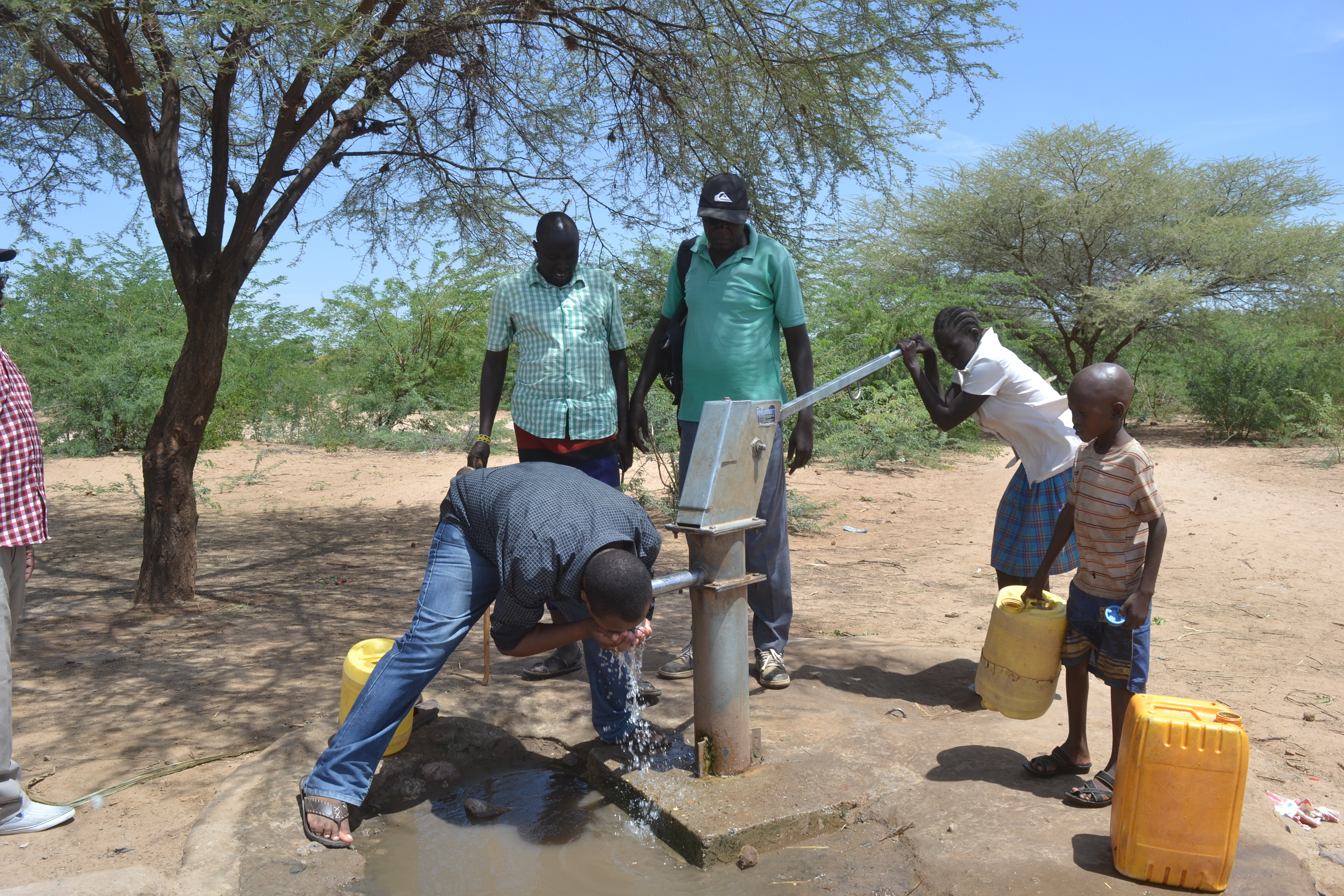 Since extreme floods can easily be predicted up to nine months in advance, the researchers say that there is a possibility of designing schemes to enhance groundwater recharge by capturing a portion of flood discharges via a process known as Managed Aquifer Recharge.

According to Prof Daniel Olago, a senior lecturer at the Department of Geology, University of Nairobi, groundwater in Africa remains a hidden resource that has not been studied exhaustively.

“When people want to access groundwater, they ask experts to go out there and do a hydro-geophysical survey basically to site a borehole without necessarily understanding the characteristics of that particular aquifer,” he told IPS.

However, in the recent past, the United Kingdom research councils (Natural Environment Research Council, Economic and Social Research Council and the Engineering and Physical Sciences Research Council), the Department for International Development (DFID) and The Royal Society have been supporting studies that seek to understand the potential of groundwater resources in Africa, and how it can be used to alleviate poverty.

“Moving into the 21st century with climate change, with growing population, with rapid growing urban centres, groundwater is going to be very important,” said Olago.