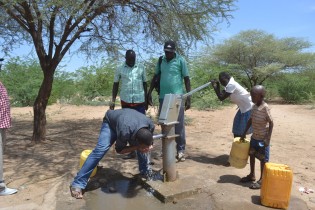 Avoiding the Mistakes of the Asian Green Revolution in Africa

By Isaiah Esipisu
Research scientists are studying groundwater resources in three African countries in order to understand the renewability of the source and how people can use it sustainably towards a green revolution in Africa.