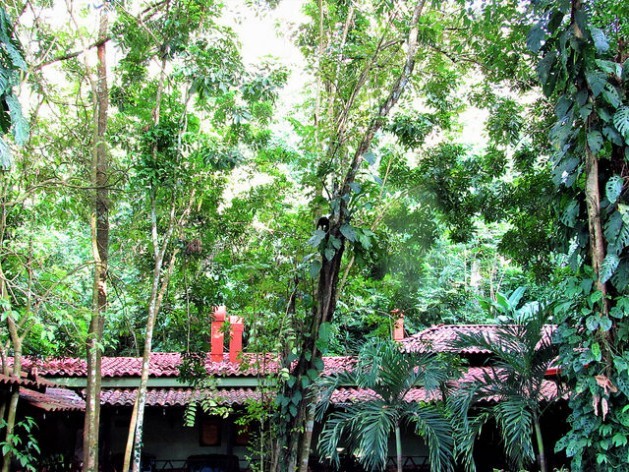 The Punta Leona private reserve on Costa Rica’s Pacific coast, where the owners voluntarily protect biological diversity and use a small part of the property for ecotourism. Credit: Fabíola Ortiz/IPS

PUNTA LEONA, Costa Rica , Nov 20 2015 (IPS) - Private voluntary nature reserves in Latin America should be seen as allies in policies on the environment, climate change mitigation and the preservation of biological diversity in rainforests, say experts.

In his view, the private sector should play a more central role and governments and the owners of private nature reserves should work together to achieve compliance with the Aichi Biodiversity Targets adopted in Nagoya, Japan in 2010.

During the 10th Conference of the Parties to the Convention on Biological Diversity in Nagoya, 193 United Nations members established 20 targets to fight the loss of biodiversity, with a 2020 deadline.

“We are losing our natural capital due to climate change and the big gap between private and public conservation,” said Rodríguez. “The owners of private reserves should become political actors, to help meet the Aichi Targets.”

The global cost of financing efforts towards the targets is estimated at 150 to 440 billion dollars a year, according to figures from the Convention itself. But currently, CI says, the world is only channeling 45 billion dollars towards that end.

With that aim, the Latin American Alliance of Private Reserves was formally created Nov. 6 – the first of its kind in the world. It groups 4,345 private reserves in 15 countries, with a combined total of 5,648,000 hectares of green areas.

“The idea is to form a conservation chain,” Martin Keller of Guatemala, the president of the new alliance, told IPS. “Private areas can form a chain with national parks and expand national conservation systems. They are also a mechanism to absorb drastic climate changes.”

He argues that there should be no borders for private reserves in the region. “We are joining together in something magnificent, and formalising associations with international institutions so that they include us in environmental projects,” he said.

During the congress in Costa Rica, a pilot programme to encourage the sale of carbon credits was announced, with the donation of 200 hectares of land by a member of the Alliance. The programme will have an estimated 3,600 tonnes of carbon.

Keller hopes Latin America will begin to sell carbon as a bloc, starting in 2017.

“We have dreams and a passion for conserving nature,” the president of the Costa Rican Network of Nature Reserves, Rafael Gallo, who is donating the 200 hectares for the pilot plan, told IPS. “We want the sale of carbon to be a mechanism for private conservation at a global level.”

Gallo has an 800-hectare property on the Banks of the Pacuare River along Costa Rica’s Caribbean coast. Of that total, 700 hectares are a forest reserve. It is located in Siquirres, 85 km east of San José, near the Barbilla National Park, which forms part of the La Amistad Biosphere Reserve.

“The market is still just getting off the ground, a ton of carbon is worth three dollars,” said Gallo, who believes the mechanism will become viable when the price of a ton reaches 10 dollars.

The countries in the Alliance are Argentina, Belize, Brasil, Chile, Colombia, Costa Rica, Ecuador, El Salvador, Guatemala, Honduras, Mexico, Nicaragua, Panama, Paraguay and Peru. Uruguay and Venezuela also have private reserves, but they have not yet set up local networks – a necessary step before they can join.

Keller said he hopes the initiative will expand to the entire hemisphere, including the Caribbean island nations, Canada and the United States. 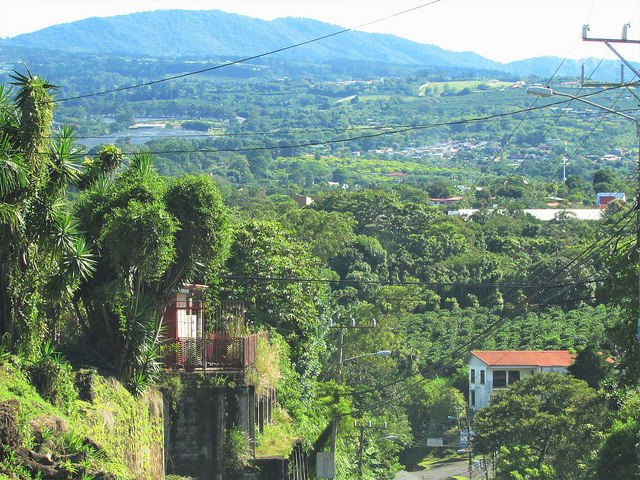 Private reserves in the northern Costa Rican province of Heredia. A pilot project for carbon credits will be carried out on one such reserve, thanks to a donation of 200 hectares of land by its owner. Credit: Fabíola Ortiz/IPS

Private reserves would like to benefit from multilateral institution programmes, and with that in mind they have made contact with U.N. partners involved in one way or another with conservation issues, such as the World Bank and the Inter-American Development Bank.

“We want to be a regional bloc, we want to be heard at an international level, and we want incentives for property owners to continue joining forces to support conservation – because we would have a massive impact as a bloc,” Claudia García de Bonilla, executive director of the Association of Private Natural Reserves of Guatemala, told IPS.

Voluntary conservation areas are set up by ecotourism businesses, academic institutions, research bodies, or organic agricultural producers, and their advocates see them as green shields against climate extremes and the loss of biodiversity.

“Forests are a sponge, absorbing storms and hurricanes. We have to keep expanding our ecological corridors,” Bonilla said.

The representative of private green areas in Chile, Mauricio Moreno, underscored benefits that nature reserves belonging to individuals or private bodies can offer a global vision of conservation.

“These areas are refuges protected with a great deal of goodwill and effort,” he told IPS. “They complement the public networks. There are reserves that border natural parks and thus create much bigger areas that make it possible to conserve species of animals. With a public and private effort, integral conservation is possible.”

According to Ariane Claussen, an engineer in renewable natural resources at the University of Chile, the budget assigned to public protected areas in the region is insufficient, which makes it difficult for countries to have the capacity to act on their own in the preservation of biodiversity.

“Rather than seeing private reserves as independent, they should be seen in an integrated manner,” she told IPS. “If these people didn’t decide to practice conservation, they would be using that land in different ways, for unsustainable monoculture or stockbreeding.”

She said “the property owners dedicate a small portion of this land to (economic) development like tourism, because they need an income.”

Claussen, along with another Chilean colleague, Tomás González, stressed the Latin American initiative Huella, aimed at voluntary cooperation in technical planning for conservation, environmental education and ecological activism in the region.

Private reserves cover gaps left by the state, she said. “The idea is that they take part in conservation as buffer zones and link up the ecosystems of public protected areas that are isolated and fragmented,” she explained.