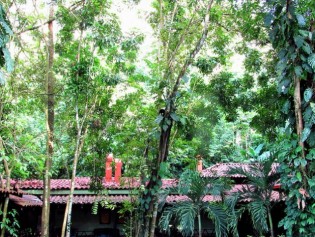 By Diego Arguedas Ortiz
Biologist Juan Sánchez drives the leader of two off-road vehicles along a dirt road in southeastern Costa Rica. Officials and experts are on their way to inspect a homestead whose owner has destroyed part of a mangrove swamp.

By Christopher Pala
A growing chorus of politicians, scientists and environmentalists are urging President Anote Tong of Kiribati to actually do what he claims was already done in 2008: create the world's most effective marine protected area in a remote archipelago in the Central Pacific Ocean.
ADVERTISEMENT ADVERTISEMENT