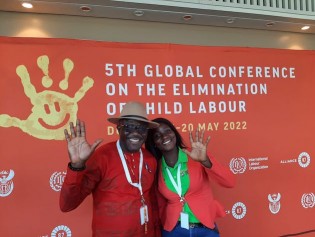 By Lyse Comins
Tara Banjara was four and a half years old when her parents put her to work on the roads, cleaning the garbage and rubble out of potholes to prepare for construction in Nemdi village, Rajasthan, India. She worked in the wind, cold, and rain with her mother, day in and day out, year in and year out. She would return home shattered, too exhausted to eat before falling asleep each night.
ADVERTISEMENT ADVERTISEMENT