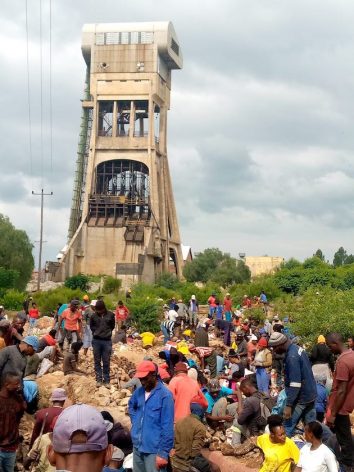 Wealthy kingpins, mainly from neighbouring Lesotho, run criminal syndicates and recruit poverty-stricken workers to go into disused underground shafts to dig for the country’s mineral wealth. Dubbed ‘Zama Zama’, many of them are former mine workers retrenched by the big legal mines and who know the ins and outs of the dangerous but lucrative mining operations.

Paps Lethoko, the chairperson of the National Association of Artisanal Miners (NAAM), says these the Zama Zama spend months in the underground shafts. Their criminal bosses run tuck shops in the dark belly of the earth.

“The tuck shops sell bread for R200 (normal price around R20), tinned fish for R300 (normally about R25). After months of living in the claustrophobic catacombs under hazardous conditions, the miners end up with about R30,000 (about 1800 USD) and paying more than double the normal amount for food and other necessities to the very bosses who employ them,” he told IPS. 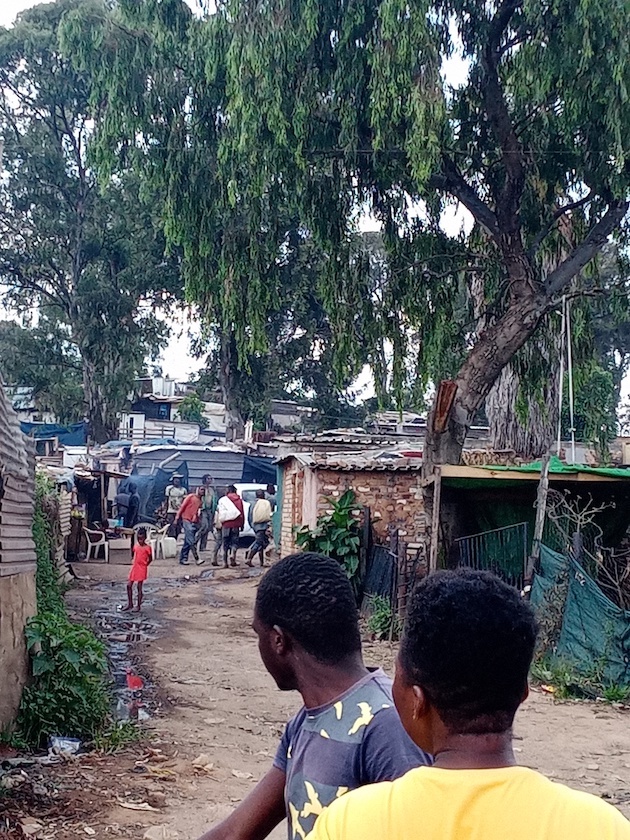 Lethoko says most disused underground shafts in Klerksdorp, a mining town in the North West province, are run by a wealthy politician from Lesotho.

“The Basotho miners are forced to pay the security guards up to R20,000 (about 1700 USD) to enter the mines they are employed at. They are treated worse than slaves, just as they were by mining companies under apartheid.”

Violence is inevitable. Local communities and artisanal miners, who until recently could not become legal, often get caught in the crossfire of territorial battles between rival Zama Zama gangs.

In July 2022, all hell broke loose after the horrific gang rape of film crew members at a mine dump close to West Village in Krugersdorp on the West Rand. Police arrested 80 Zama Zama, 14 of whom were directly linked to the rape incident but were later acquitted.

Artisanal miners, who are already struggling with bureaucracy and lack of a proper legal regime to get licenses to operate legally, say the rape incident has damaged their cause even further.

Lethoko says: “We have been trying to form cooperatives and get permits to operate legally, but the mining companies, the media, and even the police lump us with the criminal Zama Zama.”

An advocate who was assisting them at the Legal Resources Centre (LRC) agrees: “People and even the police don’t understand that the artisanal miners, essentially local people who have for centuries been mining in survival mode, want to be law-abiding citizens but are hampered by a broken system every step of the way.”

The LRC published a report in 2016 on the conditions under which artisanal miners operate, and little has changed since then.

In the North West province, NAAM tried negotiating with mining giant Harmony Gold to allow artisanal miners to continue mining on the perimeters of the mine. “The local people know where to find the gold in the abandoned mine dumps. This is indigenous knowledge because they have been doing it for a long time, but we want to be legal, so we formed a cooperative and had a meeting with the company.

“The next thing, Harmony’s security prevented them from mining on the land even though it had long been abandoned, and the company applied for an interdict against me and the miners for trespassing,” says Lethoko.

Worse still, a gold rush followed as news of the abundance of gold in the area spread.

“The Basotho Zama Zama arrived en masse; they have a lot of money, so they bribed the mine security and took over the area from where local artisanal miners had been barred by the mine.”

The Department of Mineral Resources and Energy (DMRE) now recognises artisanal mining but getting permits is expensive and onerous.

“Artisanal miners live a hand-to-mouth existence; most of us don’t have data or even money for permits, and DMRE officers at the local level don’t seem to know that artisanal mining cooperatives can now be legally recognised.”

Lethoko says the other problem is a lack of a regulatory framework. “The regional DMRE and most local government officials are unaware that we have the right to be recognised, so they and the police continue to treat us as criminals instead of assisting us to obtain permits.”

Getting permits is literally a “minefield”. So far, only one co-op in Kimberley in the Northern Cape Province has received legal recognition since the law changed in 2017.

It doesn’t help that the Artisanal and Small Scale Mining Policy which recognises the potential of artisanal mining as a livelihood strategy, reserves the permit system for South Africans.

Nzamo works with artisanal miners and Zama Zama in the Makause informal settlement in Germiston near Johannesburg, who are involved in surface gold mining at a disused mine and are struggling to get licenses.

“They have to form co-ops, identify the land they wish to mine on, and have environmental assessments done. These people have neither the skills nor the access to the kind of money required. A geologist’s report costs at least R82000; where are these poor people supposed to get that kind of money?” asks Nzamo.

He says the only way to end the Zama Zama violence and criminality is for the Department of Home Affairs and the DMRE to work together to ensure that foreign nationals who qualify get their papers quickly.

“The tragedy is that between the criminal syndicates, the big mining houses that are returning to mines they once abandoned because now there is technology available to mine profitably again, and the inept DMRE, decent law-abiding people are being prevented from earning a living lawfully,” the advocate said.