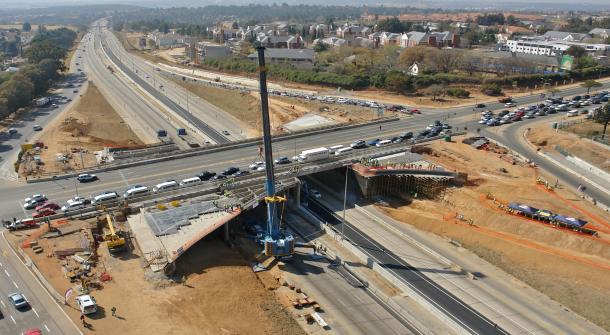 HARARE, Zimbabwe, Nov 13 2015 (IPS) - The upcoming week for the Programme for Infrastructure Development in Africa (PIDA), which runs from November 13-17 in Abidjan, the capital city of Ivory Coast, is set to throw this continent into the full gear of infrastructural boom, development experts here say.

“If PIDA and what it all entails may be strictly followed by Africa and its leaders, yes, truly the underdeveloped continent may see itself emerging from the era of infrastructural underdevelopment and help the continent attract much needed foreign investors,” Zimbabwean independent economist, Kingston Nyakurukwa, told IPS.

For African nations, from the outset PIDA was meant to promote socio-economic development and poverty reduction through improved access to integrated regional and continental infrastructure networks and services.

Owing to the infrastructure deficit facing Africa, in July 2010, African leaders launched PIDA under the leadership of the African Union, New Partnership for Africa’s Development (NEPAD) and the African Development Bank (AfDB).

At its launch, PIDA’s presidency was initially assumed by South African President Jacob Zuma, thanks to his country’s successful organization of the World Cup in 2010, which inspired the entire continent.

Then Zuma said: “Africa’s time has come and without infrastructure, our dreams will never be realized. We cannot trade on the continent because of the lack of communication. The infrastructure that we want to create will provide new opportunities for our continent.”

With the African Development Bank Group being the executing agency, PIDA was designed as successor to the NEPAD Medium to Long Term Strategic Framework (MLTSF), which was meant to develop a vision and strategic framework for the development of regional and continental infrastructure.

For many development experts here, like Henry Kakonye, Africa has however lacked development in infrastructure over the years, impacting negatively on the continent’s economic growth.

“Lack of infrastructure development in Africa over the years has gradually affected productivity and resulted in rising production and transaction costs, subsequently derailing growth through slowing competitiveness of businesses and the ability of governments to chase economic and social development policies,” Kakonye told IPS.

According to the New Partnership for Africa’s Development (NEPAD), PIDA will also help the objectives for Sustainable Energy in Africa in line with the UN’s sustainable development goal to ensure access to affordable, reliable, sustainable and modern energy for all.

But in developing Africa’s infrastructure, NEPAD has also been on record saying the private sector cannot be left out.

“With support from the private sector, PIDA is expected to play a critical role in addressing the continent’s infrastructure problems,” said Adama Deen, head of Infrastructure Programmes and Projects at the NEAPAD Agency while speaking at a recent NEPAD forum in Johannesburg, South Africa.

And based on NEPAD Division at the African Development Bank, the continent would require investment of about 360 billion dollars in infrastructure in order to be well connected to the rest of the world by 2040.

To this, PIDA, a joint initiative by the African Union, NEPAD and the AfDB, aims to develop a web of 37,200 km of highways, 30,200 km of railways and 16,500 km of interconnected power lines by 2040 while at the same time it plans to add 54,150 megawatts of hydroelectric power generation capacity and an extra 1.3-billion tons capacity at Africa’s ports, according to AfDB’s Ralph Olaye.

The South African Energy Ministry has also been on record saying no infrastructure programme could be successful if it is not linked to continental development objectives.

As such, according to the SA government, PIDA remains key to the Southern African region and the entire Africa to promote socio-economic development.

Chief Executive Officer of the NEPAD Agency, Dr Ibrahim Mayaki, during this year’s commemorations of the Africa Day agreed with the SA government.

“Bridging the gap in infrastructure is thus vital for economic advancement and sustainable development. However, this can only be achieved through regional and continental cooperation and solution finding,” Mayaki said then.

“In fact, now more than ever is the time for us all to live up to the courage of our convictions for an integrated, prosperous and peaceful Africa, driven by its own citizens – as is espoused by NEPAD. Leadership is no longer a top down issue,” Mayaki had added.