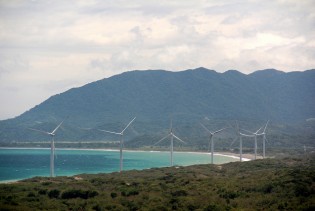 By Lyndal Rowlands
The world will need to more than double its current infrastructure stock over the next 15 years - a massive undertaking which could either contribute to or combat catastrophic climate change - according to a new report.

By Katelyn Fossett
President Barack Obama doubled down on a new push for infrastructure investment in a major speech Friday, highlighting roads, ports and bridges that many say have suffered from decades of insufficient upkeep.

By Emilio Godoy
Greater integration of public passenger transport is a major challenge facing the next government of the Mexican capital, one of the most traffic-congested cities in the world, if it wants to guarantee people the right to mobility.
Next Page »
ADVERTISEMENT ADVERTISEMENT