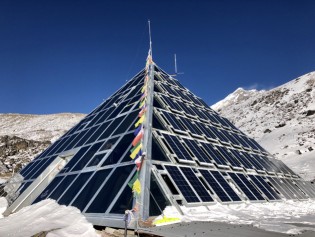 By Valentina Gasbarri
Since I was a kid, I grew up with adventures and stories of famous characters of the books of Jack London: White Fang, Make a Fire… and the incredible ode to perseverance of Martin Eden.

By Valentina Gasbarri
The Food and Agriculture Organization of the United Nations (FAO) in partnership with Biodiversity International and the Permanent Mission of Italy to the UN (Rome based UN agencies) jointly organized a seminar on “Soils and pulses: symbiosis for life”, providing a platform to stakeholders, including governments, research organizations, civil society and the private sector, to deliberate increased pulses production and consumption and its relation to higher productivity and fertility of soils. 2016 is the International Year of Pulses as declared by the United General Assembly.