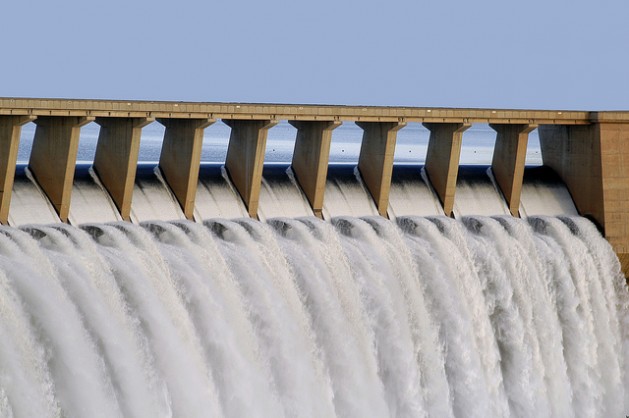 The Global Infrastructure Initiative, agreed to Sunday by governments of the Group of 20 (G20) countries, will not actually be funding new projects. But it will seek to create investment environments that are more conducive to major foreign investors, and to assist in connecting governments with financiers.

In developing countries alone these needs could require up to a trillion dollars a year of additional investment, though currently governments are spending just half that amount.

The initiative’s work will be overseen at a secretariat in Australia, the host of this weekend’s G20 summit and a government that has made infrastructure investment a key priority. This office, known as the Global Infrastructure Hub, will foster collaboration between the public and private sectors as well as multilateral banks.

Some estimate the undertaking could mobilise some two trillion dollars in new infrastructure investment over the next decade and a half. This would be available to be put into electrical grids, roads and bridges, ports and other major projects.

The G20 has emerged as the leading multilateral grouping tasked with promoting economic collaboration. Together, its membership accounts for some 85 percent of global gross domestic product.

With the broad aim of prompting global economic growth, the Global Infrastructure Initiative will work to motivate major institutional investors – banks, pension funds and others – to provide long-term capital to the world’s mounting infrastructure deficits. In developing countries alone these needs could require up to a trillion dollars a year of additional investment, though currently governments are spending just half that amount.

In recent years, the private sector has turned away from infrastructure in developing countries and emerging economies. Between 2012 and last year alone, such investments declined by nearly 20 percent, to 150 billion dollars, according to the World Bank.

“This new initiative very positively reflects a clear-eyed reading of the evidence that there are infrastructure logjams and obstacles in both the developing and developed world,” Scott Morris, a senior associate at the Center for Global Development, a Washington think tank, told IPS. “From a donor perspective, this indicates better listening to what these countries are actually asking for.”

Still, Morris notes, it remains unclear what exactly the Global Infrastructure Initiative’s outcomes will be.

“The G20 clearly intends to prioritise infrastructure investment,” he says, “but it’s hard to get a sense of where the priorities are.”

The Global Infrastructure Initiative is the latest in a string of major new infrastructure-related programmes announced at the multilateral level in recent weeks.

In early October, the World Bank announced a project called the Global Infrastructure Facility, which appears to have a mandate very similar to the new G20 initiative. At the end of the month, the Chinese government announced the creation of a new Asian Infrastructure Investment Bank (AIIB).

Many have suggested that the World Bank and G20 announcements were motivated by China’s forceful entry onto this stage. As yet, however, there is little clarity on the G20 project’s strategy.

“With so many discreet initiatives suddenly underway, I wonder if the new G20 project doesn’t cause confusion,” Morris says.

“Right now it’s very difficult to see any division in responsibilities between the G20 and World Bank infrastructure projects. The striking difference between them both and the AIIB is that the Chinese are offering actual capital for investment.”

The idea for the new initiative reportedly came from a business advisory body to the G20, known as the Business 20 (B20). The B20 says it “fully supports” the new Global Infrastructure Initiative.

“The Global Infrastructure Initiative is a critical step in addressing the global growth and employment challenge, and the business community strongly endorses the commitments of the G20 to increase quality investment in infrastructure,” Richard Goyder, the B20 chair, said Monday.

“The B20 estimates that improving project preparation, structuring and delivery could increase infrastructure capacity by [roughly] 20 trillion dollars by 2030.”

Goyder pledged that the business sector would “look to be heavily involved in supporting” the new projects.

Yet if global business is excited at the prospect of trillions of dollars’ worth of new investment opportunities, civil society is expressing concern that it remains unclear how, or whether, the Global Infrastructure Initiative will impose rules on the new projects to minimise their potential social or environmental impacts.

“It is key, however, that the initiative and the infrastructure hub develop procedures and practices not only to promote development of infrastructure, but to ensure that projects are environmentally, socially and economically sustainable for host countries and communities.”

Prominent multilateral safeguards policies such as those used by the World Bank are typically not applied to public-private partnerships, which will likely make up a significant focus of the G20’s new infrastructure push. Further, regulatory constraints could be too politically thorny for the G20 to forge new agreement.

“In the 2013 assessment of the G20’s infrastructure initiative by the G20 Development Working Group, only one item of the whole infrastructure agenda ‘stalled’ – and that was the work on environmental safeguards,” Nancy Alexander, director of the Economic Governance Program at the Heinrich Boell Foundation, a think tank, told IPS.

“I’ve always gotten the feedback from the G20 that such policies are matters of national sovereignty.”

The G20 is now hoping that trillions of dollars in infrastructure spending will create up to 10 million jobs over the next 15 years, spurring global economic growth. Yet Alexander questions whether this spending will be a “magic bullet” or a “poison pill”.

“Some of us are old enough to remember how recklessly the petrodollars of the 1970s and 1980s were spent – especially on infrastructure … Then, reckless lenders tried to turn a quick profit without regard to the social, environmental and financial consequences, including unpayable debts,” she says.

“Seeing the devastation wrought by poorly conceived infrastructure, many of us worked to create systems of transparency, safeguards and recourse at the multilateral development banks – systems that are now considered too time-consuming, expensive and imperialistic.”