WASHINGTON, May 16 2012 (IPS) - In a renewed funding focus on large-scale infrastructure, the World Bank, Group of 20 (G20) countries and other multilateral groups are wilfully overlooking lessons learned decades ago, a new report by International Rivers warns. 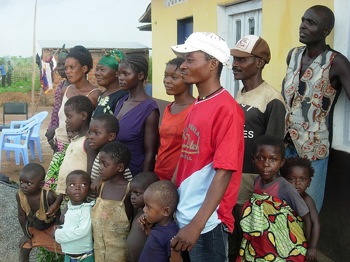 In recent months, the report notes, infrastructure has again become a “buzzword of the current development debate”.

The issue also looks set to figure large in upcoming discussions in Mexico among the G20 and in Rio de Janeiro for the United Nations Conference on Sustainable Development, but could spark a rethink following new World Bank President Jim Yong Kim’s assumption of leadership in June.

“Past energy, water and transport strategies have neglected the poorest population groups, and taken a heavy toll on affected people and the environment,” states the report, noting that new strategies that don’t specifically address the needs of the poor risk “entrench(ing) the power of privileged groups”.

Infrastructure has always been a key development concern. But while large-scale projects for decades constituted a funding priority for the World Bank, such lending took a backseat during the 1990s.

This policy move coincided with increasingly vocal criticism of the social, environmental and financial costs at stake with such mega projects. Such mobilising seemed to have an effect, as through the 1990s the World Bank scaled back its development of massive infrastructure.

Now, that appears to have come to an end. “Infrastructure lending has once again become the World Bank’s core business,” notes the report, titled “Infrastructure for Whom?”

Apparently motivated by the G20, in late 2011 a series of new policy papers charted a wholesale return to large-scale infrastructure as a development strategy by the multilaterals.

Large, privately funded, centralised projects, the argument suggests, will result in lower overall costs of primary services, such as electricity. But the evidence does not bear out the contention that investment in large projects has a resulting impact on the poor.

While the recent World Bank policy paper highlights the Inga dam in the Democratic Republic of Congo – the largest hydroelectric installation in the world – as exemplary of its newfound focus, the International Rivers researchers point out that billions of dollars in investment in the site over the past 50 years has left 94 percent of the country without access to electricity.

In the past, the Bank itself has admitted to overdependence on the idea that such mega investment would “trickle down” to local communities. But little in the new documents suggests that this lesson has informed current policymaking.

“Many communities want investments in infrastructure and other development, but top-down approaches are no longer being tolerated,” Andy White, a coordinator with the Rights and Resources Initiative here in Washington, told IPS. “Unfortunately, many projects already underway are being planned without due consideration of local peoples’ rights or the environmental consequences.”

Observers are likewise dubious at the prospect of increased dependency on private investment. While the Bank has set a goal of doubling current levels of public-private partnerships (PPPs), it admits that doing so is based on its own budgetary problems, as is the larger push towards consolidation into larger projects.

Yet private investment has traditionally tended to centre almost exclusively on urban and middle-class segments of a population, often further marginalising the impoverished communities in whose name development projects are typically undertaken.

“While we recognise the need for better infrastructure and private- sector investment in developing countries, market forces alone will not automatically make basic services affordable to those that need them the most,” Asif Saleh, with BRAC, a global development organisation based in Dhaka, told IPS.

“Market-based solutions will require some level of protection for the poor – at least for a certain period, until economic growth in the given region becomes more inclusive. If we want to ensure that inclusivity, it’s important also to focus on creating opportunity from the bottom up.”

PPPs might well be increasingly important development tools in the current context of economic downturn and austerity. Andy White notes that “done correctly, this influx of investment provides an opportunity to clarify land rights and advance equitable development across developing countries’ landscapes.”

Yet many warn that such an approach would need to include a simultaneous priority on accountability. Large-scale projects, after all, are notoriously problematic in allowing for public oversight.

“In constructing PPPs, there are inherent conflicts of interest,” Michelle Chan, with Friends of the Earth U.S., told IPS. “Once you mix in a significant participation from the private sector, there is going to be a bias against the levels of transparency that you would expect from a publicly funded project.”

Chan says that while infrastructure is clearly critical for development, it is disheartening to see that the World Bank “continues to be biased towards new mega projects that often benefit industry over people”.

She points to a new 600-megawatt power plant in Kosovo that would burn lignite, the dirtiest form of coal. Despite clear environmental concerns, the Bank is currently considering funding the project.

“For the Bank, it is easier to fund a massive, polluting plant like this, rather than deal with the fact that Kosovo loses half of its energy due to simple inefficiencies,” Chan says. “The World Bank needs to get better at distributed energy, rather than continuing on this path of centralised infrastructure.”

International Rivers likewise points to a finding by the International Energy Agency that 70 percent of rural areas would be best served by electrification through distributed solutions.

“Such bottom-up solutions”, the report concludes, “offer a better way to address the basic needs of the rural poor than the large regional projects proposed by the G20 and the development banks.”