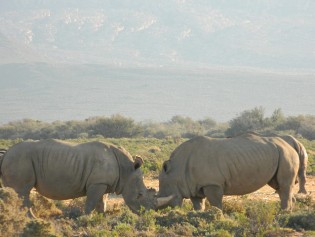 By James Jeffrey
The streets of Addis Ababa are increasingly turning into water-logged obstacle courses as downpours increase in the run up to Ethiopia’s July to September rainy season. Strangers link hands to steady themselves as they step high and gingerly over the spreading puddles and slippery mud.

By Doreen Akiyo Yomoah
While the cement factories in Senegal are at war, ostensibly over the environmental impact one company will have on this West African nation, experts have cautioned that as the government plans to radically develop and industrialise the country, striking a balance between environmental protection and development will be key.

By Carey L. Biron
More than 120 environmental groups from across the globe have offered a comprehensive vision document on how to enact, strengthen and implement sustainability reforms across the paper sector.

By Miriam Gathigah
Developing countries in Africa, Asia and Latin America are increasingly leading the way in providing a legal framework for climate security and are being hailed for their continued advancement in formulating climate change laws and policies.
Next Page »

The Rio Plus 20 United Nations conference on sustainable development in June 2012 raised hopes over ushering in an new development paradigm through scaled-up international commitment to equitable, climate-conscious growth. Its outcome was less sweeping, leaving the development, NGO and private sector to search for alternatives to address current and impeding crises caused by resource depletion, pollution and climate change, exacerbating endemic global inequality. This special section of our site covers the full spectrum of the Earth Summit, from the lead up to the height of the conference, while continuing to track post-Rio implementation and emerging initiatives for sustainable development.

This site is part of an ambitious multi-media project that aims to increase worldwide public engagement and trigger a new global debate about sustainable development. In partnership with TVE and IIED - and with support from the EU, COM +, IFAD and other donors - IPS aims to maximise the exchange of ideas among the conference participants in Rio and the decision makers, opinion leaders, academics and CSO leaders at home. The project 'Reframing Rio' is supported by the European Commission, COM+ and IFAD.

Alliance of Communicators for Sustainable Development