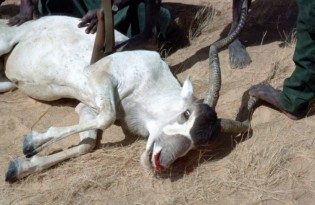 By Bradnee Chambers
Recent fatal attacks off Réunion have re-ignited demands for sharks to be hunted. But when it comes to humans and sharks, who is predator and who is prey? And what lessons need to be learned when people venture into environments where they are exposed to dangers posed by wildlife?