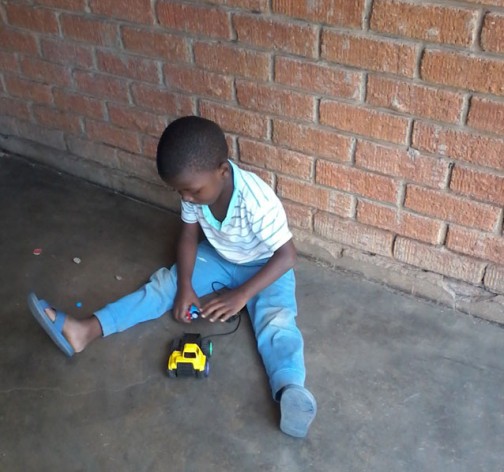 Ndlovu, a 27-year-old single mother is raising two children, both under 5-years old, and survives on menial jobs such as doing laundry and dishes in neighbouring homes, says she has watched their health deteriorate and not just physically.

“I know they are not growing up the way other children are,” Ndlovu said, as she changed the underwear of her four-year who had just soiled himself.

“At his age, he should be able to visit the toilet by himself, yet I still have to change him,” she said from her one roomed shack in one of Bulawayo’s poor townships that litter the city’s north.

Ndlovu’s concerns about the slow development of her children point to the broader effects of Zimbabwe’s economic decline on vulnerable groups, with the UNICEF early this month releasing the Zimbabwe Poverty Atlas 2015 (http://unicef.org/zimbabwe/resources_17478.html) showing high poverty levels across the country that are affecting children’s mental health.

At the launch of the report, UNICEF, the World Bank and government officials said the poverty atlas is an attempt recognise that “Children are rarely recognised in poverty alleviation efforts and their needs are not properly addressed.”

According to the report, no child from the poorest health quintile reaches higher education, with eight of the country’s ten provinces registering poverty levels between 65 and 75 per cent.

“Child poverty has reduced (their) mental health and is reponsible for poverty when they are adults,” said Dr. Jane Muita, UNICEF’s deputy resident representative in Zimbabwe.

According Zimbabwe’s health and child welfare, the country has witnessed an increase in mental health diagnoses, and has put in place a Mental Health Strategy 2014-18 to deal with the crisis.

The ministry blames the tough economic conditions that have thrown millions into the streets of unemployment.

There are no available figures of how mental health has affected children, but concerns by parents such as Ndlovu are giving a human face to a crisis that has been highlighted by the UNICEF report on child poverty and their mental health.

In some parts of Zimbabwe in the south-west districts such as Nkayi were found to have up to 95.6 per cent of poverty, while Lupane poverty levels stood at 93 per cent according to the UNICEF’s Zimbabwe Poverty Atlas.

There are concerns that this will slow the country’s march towards realising its Sustainable Development Goals to reduce child poverty by 2030.

Last year, the Zimbabwe Vulnerable Assessment Committee found that up to 36 per cent of children in Zimbabwe have stunted growth which experts say has not only affected them physically, but has also slowed their mental growth because of poor diets.

“The problem with children’s health and their mental development is that the attitude of both parents and some health workers is that these children will soon grow out of these challenges,” said Obias Nsamala, a Bulawayo pediatrician.

“But what I have seen with many children under 5 years is that these mental deficits can be detected when they come for treatment but only become an issue by the time they have began school. I think that is why for a long time this country had something like special classes for children not intellectually gifted,” Nsamala told IPS.

“I believe its been a wrong approach because some of these children may be slow learners or intellectually challenged not because of some genetic deficit but because all the signs were ignored earlier on based on their backgrounds and access to adequate meals,” he said.

As the country seeks to improve the lives of vulnerable groups such as children with government officials saying the country needs to grow the economy in order to reduce poverty, there is no consensus on how exactly this will be achieved to attract investment, with the country continuing to rely on international development partners to create safety nets for the poor.

From 2014 to June last year, UNICEF says it spent 363 million dollars on social services, this at time the country’s critical social services ministries are facing budget cuts which officials have admitted made it impossible to provide adequate assistance such as health care.

Under the 2016 national budget, the health and child welfare ministry received 330 million dollars which will largely be funded by donor countries, leaving a huge deficit which Minister David Parirenyatwa said is not enough to meet such such sectors as the poorly funded psychiatric clinics.

Perhaps to highlight these funding challenges, officials at the country’s largest psychiatric institution which caters for adults, Ingutsheni Hospital in Bulawayo early this year told Minister Parirenyatwa that the mental health hospital requires 23 doctors but only had six.

Aid agencies say millions will require food assistance in 2016, further pushing Ndlovu and many others on the edge of what UNICEF’s Poverty Atlas says are their mental needs.

*name changed to protect her identity