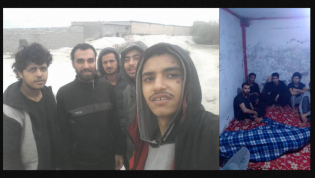 By Naimul Haq
Shanta* is only four years old, but already she loves school. Every morning, her mother walks her to the small pre-primary facility in Mohonpur village, about 140 km away from Bangladesh’s capital Dhaka, and leaves her in the care of a young female teacher, who oversees the day’s activities: storytelling, drama, reciting poetry.

By Amantha Perera
In four months’ time, Sri Lanka will mark the sixth anniversary of the end of its bloody civil conflict. Ever since government armed forces declared victory over the Liberation Tigers of Tamil Eelam (LTTE) on May 19, 2009, the country has savored peace after a generation of war.
Next Page »
ADVERTISEMENT ADVERTISEMENT