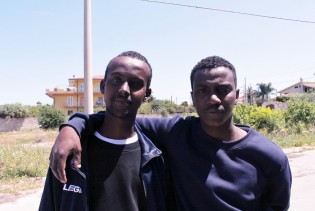 By Silvia Giannelli
Two Somali migrants who survived crossing the Mediterranean and reached the Italian island of Sicily describe their ordeal and hopes for the future, while local opinion is divided over the issue of immigration.

By Silvia Giannelli and Katharina Michael
Enrico Pieri was ten when German SS soldiers attacked his home village of Sant'Anna di Stazzema, Italy on Aug. 12, 1944 in a massacre that left 560 people, mostly women and children, dead.
Next Page »
ADVERTISEMENT ADVERTISEMENT