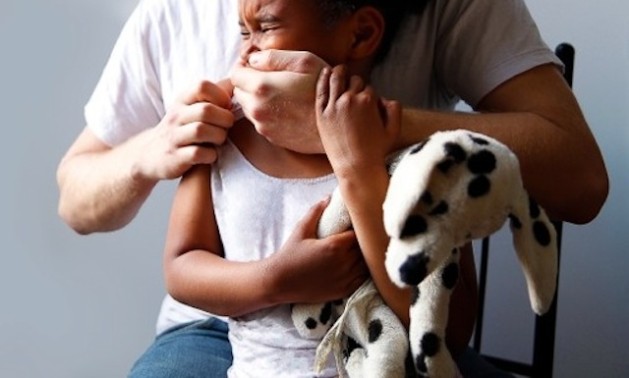 ROME, Jul 7 2013 (IPS) - The scandal around the under-age prostitute that former Italian Prime Minister Silvio Berlusconi allegedly had sex with is not about just that one girl: an estimated 10,000 under-age girls become victims of sexual exploitation every year in Italy.

Most of them are not “seen”; street prostitution is in fact on the decline. But that is only because these “services” are accessed more and more online.

“Sometimes I worry when I hear people discussing underage prostitution,” Myria Vassiliadou, anti-trafficking coordinator at the European Union Commission for Home Affairs, told IPS. “When you talk about girls and boys whose bodies are used for sexual services, it is an illegal activity.”

According to European Commission statistics, based exclusively on identified and presumed victims, 9,528 victims of trafficking were reported by EU member states in 2010. Of these, 66 percent were used for sexual exploitation, and of these, 12 percent were girls and three percent boys below 18.

The official figures do not come close to describing the real situation. In Italy 9,000 to 11,000 children become victims of sexual exploitation every year, according to End Child Prostitution, Pornography and Trafficking (ECPAT) estimates. ECPAT is an Italian NGO defending children from sexual exploitation.

"Selling one’s sexuality is a way of obtaining something immediately, be it a seat in the parliament or the latest phone or designer clothing."

“The victims that are forced to prostitute themselves on our streets are usually girls of advanced age,” said Loha. “We also estimate that 15 to 20 percent of the victims are boys, but it is particularly difficult to give a precise percentage especially when it comes to male prostitution, which is the hardest to intercept.”

There is also a myth to dispel, said Vassiliadou. “We are used to saying that trafficking is something that affects migrant people, but 61 percent of the victims of trafficking we now know are EU citizens.”

With Italian children, the main arena where contacts are made for sexual exploitation is now online. In most cases, the phenomenon cannot be defined as prostitution since in many cases contact may not lead to physical sexual intercourse, but may involve pornography and more.

The new forms vary quite widely, “from teenagers simulating sexual intercourse among them and then selling the images,” said Loha, “to step-by-step stripteases on webcam, where the price starts from 15 euros to show the breasts and can go up to 50 euros.” In such cases the payment can be a phone top-up or other direct presents.

Prostitution in the strict sense usually happens around underage clubs where teenagers perform sex acts in exchange for money. “If we compare it to the standard forms of prostitution, where minors are forced, Italian teenagers seem induced by a certain message and a cultural change that is happening,” said Loha.

“Today, selling one’s sexuality is a way of obtaining something immediately, be it a seat in the parliament or the latest phone or designer clothing,” said Loha.

The many dangers of sexual exploitation that stops short of prostitution have been hidden behind the publicity around the Berlusconi scandal.

“However we put it, a person under 18 that is sexually exploited is a victim,” said Vassiliadou. “There is a law against it and I don’t think we should be having a debate on that.” Yet, the fact that Karima el-Mahroug (the Moroccan girl Berlusconi allegedly had sex with) was 17, and the fact that she looked older, gave space to a vivid debate on whether she was or not aware, and responsible for her actions.

Instead of concern, there was gossip, Loha said. “We often hear these comments also from professionals in our area, who think that 17-year-old teenagers are grown up and can do what they want. The fact is that the law states the opposite and as such must be applied.”

The debate should focus instead on ways to end trafficking and sexual exploitation, Vassiliadou said. “Because for victims to be there, it means there is someone willing to buy the services.”

The attempts to counter this have to come through training, campaigns, actions targeting the persecutors and the victims, and through media. But the problem is that so far there is no successful model to apply, Vassiliadou said.

“We don’t have any example, anywhere in Europe. So as far as I don’t have an answer I need to ask more questions, and push more.”