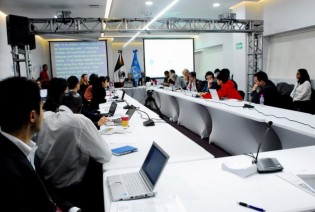 By Ezgi Akin
Turkey is waiting to see if President Abdullah Gul will ratify the government's controversial Internet bill, which opposition parties, civil society and the international community call a major restriction on freedom of expression.

By Catherine Wilson
The Pacific Islands have some of the lowest rates of Internet penetration in the world, yet tech-savvy urbanites are behind the emergence of a number of social media sites dedicated to generating public debate and demanding government accountability. However, without real action, online forums speaking truth to power are constrained in impacting political and social reforms in the region.

By Ivet González
The Cuban government’s economic reforms must consider the myriad opportunities offered by the Internet, a key platform of the dominant economic model on the planet, according to interviews with both experts and average people.
Next Page »
ADVERTISEMENT ADVERTISEMENT