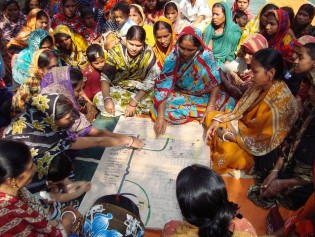 By Kalinga Seneviratne
U.S. President Barack Obama’s weeklong visit to Asia was meant to reassure allies in the region of American support and re-engagement. But it raised Chinese hackles and failed to dispel doubts over his administration’s ‘pivot to Asia’ strategy.

By Kalinga Seneviratne
A new Pacific islands forum will seek to challenge the dominance of Australia and New Zealand in a regional body. The new grouping’s approach is being billed the ‘Pacific Way’, and also the ‘green and blue’ way for its commitment to environmentally sustainable oceans as well as land.

By Kalinga Seneviratne
Malaysia is gearing up for a general election in six months and as the campaigns enter the crucial voter-courting phase many observers are wondering if the political ‘tsunami’, which severely weakened the ruling National Front coalition (BN) at the 2008 polls, might be repeated.

By Kalinga Seneviratne
How to get Singaporeans to have more babies has become a major part of the debate about this country’s future, and the government is encouraging people to speak out on the issue.

By Kalinga Seneviratne
Singapore was recently ranked as the world’s richest country. But there is much scepticism about such rankings among average citizens here.

By Kalinga Seneviratne
The rapid currents moving the centre of economic influence towards an emerging global order headquartered in Asia were evident at the PanIIT’s 2012 annual conference of alumni of the highly prestigious Indian Institute of Technology (IIT), which took place in Singapore over the Easter weekend.
Next Page »
ADVERTISEMENT ADVERTISEMENT