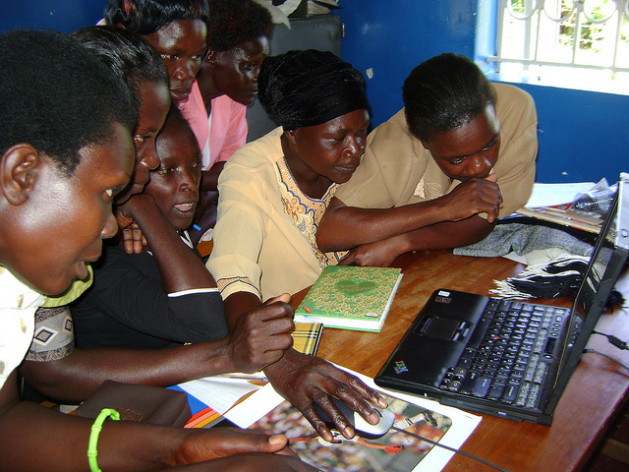 BANGKOK, Dec 4 2013 (IPS) - Only 16 percent of Africa’s population of over a billion is online. But as Internet and mobile phone connectivity grows rapidly, the continent wants to join forces with Asian powerhouses to change its digital landscape.

“There is a lot of opportunity for collaboration,” says Safroadu Yeboah-Amankwah, director and leader, McKinsey’s Business Technology Practice, South Africa.

“North America, to be honest, is not relevant to our markets. There are very interesting opportunities in terms of South-South collaboration."

“Asia’s experience with the Internet is five or maybe 10 years ahead of Africa. A lot of the talent, skill and technology available (in Asia) may be of great use,” the Ghanaian engineer-turned-telecom strategist told IPS.

He was here to attend Telecom World 2013 organised by the International Telecommunication Union (ITU) last month.

A large contingent of African countries led by Nigeria mounted a big roadshow at the event, both to display their growing mobile and broadband communication-oriented economies and to attract Asian investment.

“North America, to be honest, is not relevant to our markets. There are very interesting opportunities in terms of South-South collaboration, especially around banking, education and so forth, where collaborations will allow for bigger markets and therefore more innovation availability,” Yeboah-Amankwah said.

“Larger Asian and African e-commerce players could collaborate to make the opportunities even bigger. For us, integration between large African and Asian players is an exciting idea,” he added.

According to ITU statistics, more than 720 million Africans have mobile phones and some 167 million already use the Internet. And the figures are rising fast as mobile networks are built up and the cost of Internet-enabled devices falls.

But Asia is far ahead. Comparative figures show that a total of 3.5 billion out of the global 6.8 billion mobile subscriptions are from the Asia-Pacific region.

So when it comes to ICT, Africa has Asia on its mind.

“Technology is new to all of us. We are all learners. We can work together to make technology work for us,” said Dr Hamadoun Toure, secretary general of the ITU, who is from Mali.

According to ITU figures, in 2013, there are almost as many mobile subscriptions as people in the world.

Ji-Yong Park, senior research associate at the Korea Internet and Security Agency (KISA), told IPS they have been helping African countries improve their Internet security. “Last year we trained over 200 government officials [from Africa],” he said.

India has assisted many African countries in upgrading their IT training facilities, among them the Ghana-India Kofi Annan Centre of Excellence in ICT established in 2003.

Malaysia is helping set up a multimedia university in Tanzania while Thailand is launching a Thaicom satellite with a footprint over Africa to help improve communication within the continent and with Asia.

“We see Africa as the future. They have a lot of land to provide food for people around world. Their weather is the same as ours, so we can use the land of Africa, we can communicate by satellite and we can have e-agriculture and we can communicate with remote sensors,” an advisor to the Thai minister for ICT told IPS.

“African and Thai people are almost the same in terms of development and the type of people. When I go there, I feel this is a nice place, they just lack infrastructure for new kind of technology,” the advisor said.

Rebecca Okwaci, minister of telecommunications and postal services, South Sudan, told IPS, “We look towards Asia because a lot of technology we need is in Asia.”

She said China’s leading ICT firm Huawei has given a lot of technical assistance since South Sudan’s independence in 2011, as has India.

“Our ICT programme is already connected with India. Universities in India have projects with us in e-education and they are training our staff within the ministry,” she said.

Okwaci said they are also looking for assistance from Asia in telemedicine projects. “We can customise their experience for South Sudan,” she said.

African countries see the ICT partnership with Asia as a change from the old model of development assistance from the West.

“Traditionally the relationships have been in terms of grants or loans. Now we have relationships that are fuelling growth in Africa, especially in ICT,” Rwanda’s Minister of Youth and ICT Jean Philbert Nsengimana noted.

He said his country already has a good partnership going with South Korea.

“We contracted Korea Telecom to build our national broadband, which was completed in the last two years. Now we are working together to develop the last mile connections. We get assistance in cyber security. We send our people for training,” Nsengimana said.

He also said they have strong relationships with India and China in the ICT sector.

China’s Huawei has a research and development centre in South Africa and seven training centres across Africa. It employs over 5,800 people in 18 countries and its revenue from African operations was 3.42 billion dollars in 2011.

The future looks bright for Asia-Africa collaborations in the ICT sector.

Eu-Jun Kim, regional director for Asia-Pacific of ITU, told IPS, “The challenges are similar, namely affordable and sustainable access, especially to broadband, and in both Asia and Africa we have vast land and vast population that could benefit from the application of ICTs.”