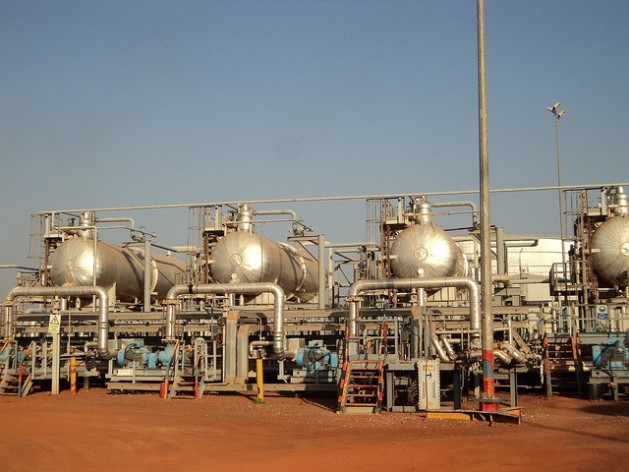 YOKOHAMA, Japan, Jun 4 2013 (IPS) - Acutely aware of China’s strong presence in resource-rich Africa, Japan, the world’s third largest economy, is beefing up its relations with the continent. Participants at a high-level donor conference hosted by Japan this week stressed the need for closer engagement, not through the traditional grants and assistance loans that have hitherto defined the relationship, but rather through trade and investment led by the Japanese private sector.

“Africa’s growth is registering, on average, more than six percent annually, and the continent represents a growing population and important regional market,” Mokoto Ito, spokesperson for African development at Japan’s foreign ministry, said at the fifth Tokyo International Conference on African Development (TICAD) that concluded today in Yokohama, capital of the Kanagawa Prefecture.

“Japan can play an active role by investing in infrastructure and providing industrial technology to boost manufactured goods through capacity building,” Mokoto added.

They also point to a sense of competition with neighbouring China, whose trade receipts with the African continent hit 138.6 billion dollars last year according to the International Monetary Fund (IMF), far outstripping the 30-billion-dollar bilateral trade partnership between Japan and Africa.

TICAD, a two-decade old forum that seeks to create dialogue between African and Asian partners, supports initiatives that will simultaneously boost African ownership and partnership with key Asian economies. It enjoys the backing of major players like the World Bank, the United Nations Development Programme (UNDP) and the African Union.

Addressing the leaders of some 40 countries who gathered here from Jun. 1-3, Japanese Prime Minister Shinzo Abe announced that, in addition to Japan’s official development assistance (ODA) of 14 billion dollars, Japan would also offer up to “32 billion dollars in public and private investment in support of Africa’s growth.”

In what experts have identified as a jab at China’s controversial presence in Africa – where 127 billion dollars worth of investment in extractive and industrial projects has been labelled a “resource-grab”, without corresponding attention paid to human development indicators– Abe promised not to “explore and dig resources simply to bring them to Japan. We will support Africa so that African natural resources will lead to African economic growth,” he said.

Abe also urged greater transparency in business transactions and promised to do more to protect the rights and security of some 30,000 Africans living and working in Japan.

But despite these assurances and expressions of goodwill, some experts are disappointed that participants did not tackle the prospect of a closer relationship from a human rights perspective.

For Akio Shibata, head of the Natural Resource Research Institute, a think tank that focuses on agricultural development, TICAD’s message that growth can be achieved through private investment and trade spells danger for the vast rural populations that continue to grapple with abject poverty across the African continent; according to the World Bank, 48.8 percent of people in sub-Saharan Africa still live below the poverty line.

“I was disappointed because TICAD has left out pressing issues like high levels of maternal mortality, environmental protection and equal wealth distribution, which are also keys to sustainable development,” he told IPS.

He believes that promises to extend Japan’s technological expertise to support structural reform will pave the way for commercialised mining and agricultural, which could negatively affect small-scale farmers, who comprise over 70 percent of the populations in most African countries.

“A focus on developing large-scale agricultural projects is a danger for the small-holder farmer who faces the risk of big companies entering rural agriculture and leaving them landless or without jobs,” he said.

The professor was speaking at a session led by rural farmers in Mozambique’s Tete province who are protesting the Triangular Cooperation Programme for the Agricultural Development of Tropical Savannahs in Mozambique, also known as ‘ProSavana’, that will convert swathes of the savannah, particularly along Mozambique’s northern Nacala Development Corridor, into a commercial agricultural enterprise that will produce soya beans for export.

Mozambique is currently recording gross national product (GNP) growth rates of seven percent, but is listed as one of the three worst performing African countries on the human development index, which tracks achievements in the Millennium Development Goals (MDGs), including health and education equality.

Augusto Mafigo, a grain farmer who leads a union network in Mozambique, says farmers have stepped up protests against ProSavana out of fear that they will lose their small plots of farmland when companies start to acquire land for the project. Considering the fact that 80 percent of the labour force in this country of 23 million people is comprised of small-scale farmers, such a scenario would be disastrous for millions of peasants.

Other country leaders expressed hope that TICAD’s message of increased public-private partnerships could signal the beginning of a new development paradigm, one that would be “kinder” to the continent’s vast marginalised populations, especially in the sub-Saharan region.

Zuzana Brixiova, economist at the African Development Bank, added that the new and improved relationship between Japan and Africa might also be able to meet pressing global issues like depleting natural resources, climate change and expanding inequality, by focusing on sustainable, rather than extractive, development.

She told IPS it was crucial to set up “stable standards in development that can ensure inclusive and structural reforms in order to produce value added goods.”