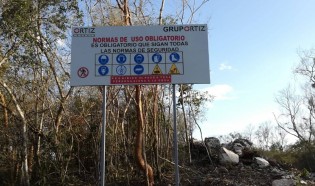 By Daniel Gutman
As in other Latin American countries, in recent years China has been a strong investor in Argentina. The environmental impact and economic benefits of this phenomenon, however, are a subject of discussion among local stakeholders.

By Daniel Gutman
The first thing anyone who looks at any official document this year in Argentina will read is: “2017, the year of renewable energies.” This indicates the importance that the government gives to the issue, although translating the slogan into reality does not seem as easy as putting it in the headings of public documents.

By Daniel Gutman
Hand in hand with UN Environment and the Inter-American Development Bank (IDB), the People’s Bank of China (PBoC) disembarked in the Argentine capital to prompt this country to adopt and promote the agenda of so-called green finance, which supports clean or sustainable development projects and combats climate change.