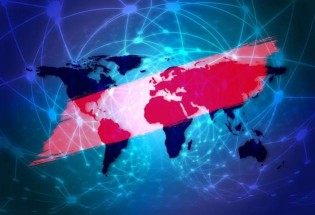 By Daud Khan and Leila Yasmine Khan
As the COVID-19 virus spread rapidly around the globe, so did various theories about what caused the pandemic. According to the standard scientific theory, the virus probably originated in bats and then crossed over to humans, probably via another intermediate host. It then spread rapidly across the globe, piggybacking on the international travel network.

By Daud Khan and Leila Yasmine Khan
What is likely to be the impact of the COVID-19 pandemic on developing economies? In the first of this two part article  we looked at possible short term disruptions and discussed actions by the private sector and Governments.

By Leila Yasmine Khan and Daud Khan
The Rohingya are a minority community living in Rakhine State in Myanmar. The Muslim Rohingya are considered intruders into Buddhist Myanmar - illegal immigrants from bordering Bangladesh. They have been always discriminated against, looked down upon, ostracized, and denied any civil and judicial rights.
ADVERTISEMENT ADVERTISEMENT