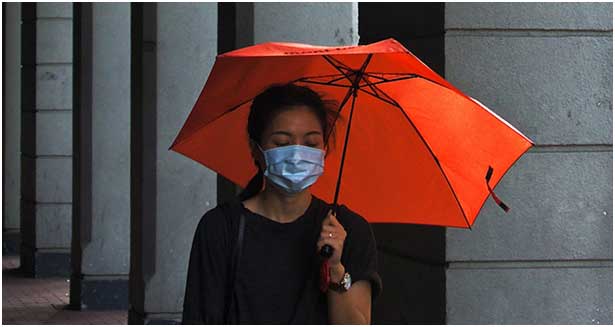 AMSTERDAM/ROME, Apr 1 2020 (IPS) - What is likely to be the impact of the COVID-19 pandemic on developing economies? It is difficult to make predictions, because much will depend on the spread of the disease, especially in Africa, Latin America, Asia and the Middle East, and the measures various Governments will take in the coming weeks and months.

This two part article looks at possible economic impacts and what actions may be required to minimize disruptions on the poor and vulnerable. The first part looks at short term actions, whereas the second will look at possible medium to longer term developments.

In the short term there is likely to be a sharp drop in domestic consumer demand in most developing countries.

Demand for food, medical assistance and other essential items may rise, but this would be more than offset by lower demand for non-essential goods such as apparel and various services.

Demand would also fall due to other factors such as foreign buyers delaying or withdrawing orders; tourists, both local and foreign, canceling trips; and the declines in the stock market which erodes peoples’ wealth and their willingness to spend.

For countries with large numbers of overseas workers such as Philippines, India and Pakistan, or with large diasporas such as Somalia, remittances would slow down due to layoffs and delayed salary payments in Europe, the Middle-East and USA where most of these people live and work.

Lower overall domestic consumer demand will have a negative impact on production and employment. The drop in consumer demand may have a lower effect in manufacturing, where companies could, if they have access to credit, build up stocks of finished goods rather than reduce production and lay off staff.  However, the effects on the small-scale services sector are likely to be dramatic.

For countries with large numbers of overseas workers such as Philippines, India and Pakistan, or with large diasporas such as Somalia, remittances would slow down due to layoffs and delayed salary payments in Europe, the Middle-East and USA where most of these people live and work

The severity and duration of the short term demand and supply impacts depends on the measures various governments take to contain the spread of the virus.  If the pandemic shows signs of spreading rapidly as it doing in Europe and the USA, Governments will start to close factories and shops selling nonessential items.

In India and parts of Pakistan a lockdown has already been imposed. In such a scenario the cut in GDP and incomes would be severe. It may even reach the 3-5% projected for Italy.  Such a fall would cause severe hardship on the poorest section of the population, such as day-laborers in cities and in rural areas.

Many developing countries do not have Government run social safety nets. In times of need most people turn to friends, neighbors and relatives for help.

Private charity tends to rise sharply in situations such as the current one. Private help includes direct assistance in cash and food items to affected people, continued salaries despite the inability to come to work, and assistance with medical expenses.

However, the largest part is in the form of donations to civil society organizations, NGOs, mosque or church committees, and to religious groups.  In many countries these organizations have very well developed capacities to reach the poorest, and are already well on the way to set up food distributions and other relief systems in big cities such as Karachi.

Although there are still many uncertainties about how the pandemic will develop, it is clear that private support mechanisms may not be able to fully cope. Moreover, such mechanisms tend to be relatively weak in rural areas as the scattered nature of the population makes it difficult to reach effected people.

To complement private initiatives, the Government will need to mobilize its own institutional machinery, particularly those with presence in rural areas. These include police stations, health clinics and agriculture/livestock offices which could provide logistic bases to reach the rural poor with medical assistance, as well as income and food support.

These facilities should be brought into play with funds being diverted from other ongoing activities. However, with Government struggling to meet rising medical care expenses, their financial capacity is likely to be severely limited. International organizations should be mobilized to help.

It is worth mentioning that the World Bank has set aside US$12 billion, the Asian Development Bank US$6.5 billion and the IMF US$50 billion for the helping countries with COVID-19. Others, including International NGOs, need to also be brought in.  A special role has to be played by the World Food Programme which has much needed expertise in dealing with the logistics of crisis as well as in raising resources.

In addition to stepping up immediate relief actions, Governments should also bring into play the two major policy instruments at its disposal – the rate of interest and the exchange rate.  The central banks need to cut interest rates and require commercial banks to make corresponding decreases in interest rates on outstanding loans to consumers and businesses.

They should also encourage commercial banks to allow customers and enterprises to delay payments, and at the same time increase liquidity in the system by reducing the deposits commercial banks are required to hold with the central banks. Central banks and ministries of finance also need to recognize that devaluation of the currency may be necessary to keep them competitive in the face of falling global demand.

The Government should try and take advantage of the lower international price of oil. As mentioned above, these cuts should be passed on to consumers, particularly industrial and commercial users, through lower prices for fuel and electricity.  Prices cuts should also prioritize diesel which is mostly used in agriculture, industry, and truck and bus transporters.

Will these measures be enough?  Probably not. The developed countries should, where possible, help.  China is certainty playing its part by providing equipment and technical assistance to many countries in Asia and Africa.

The USA and countries in Europe should also step up their level of assistance outside their borders. One way to quickly and effectively do this has been suggested by Imran Khan, the Prime Minister of Pakistan: – cancel, or at least reschedule, some of the debt of developing countries affected by the pandemic.  Debt repayment takes a large proportion of public expenditures. At this time, this money would be far better spent at helping people survive the crisis.

Daud Khan works as consultant and advisor for various Governments and for international agencies including the World Bank and several UN agencies. He has degrees in Economics from the LSE and Oxford – where he was a Rhodes Scholar; and a degree in Environmental Management from the Imperial College of Science and Technology. He lives partly in Italy and partly in Pakistan.