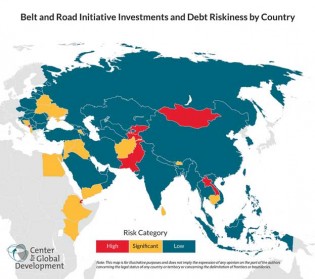 By Scott Morris
Chinese officials have been adept at ascribing a vision for the “Belt and Road” initiative (BRI) that garners support from a wide array of countries, as well as international institutions like the World Bank and International Monetary Fund (IMF).
ADVERTISEMENT ADVERTISEMENT