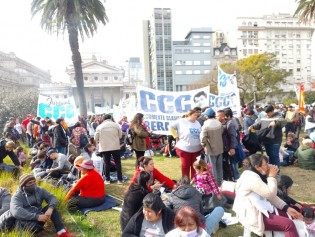 By Anis Chowdhury and Jomo Kwame Sundaram
The harmful effects of falling corporate tax rates have been acknowledged in a recent International Monetary Fund (IMF) research paper. This trend, since the early 1980s, has been especially detrimental for developing countries, which rely on direct taxation much more than developed economies.

By Kanya D'Almeida
Amidst an exodus of some 100,000 people from the conflict-torn eastern Ukraine, ongoing fighting in the urban strongholds of Donetsk and Luhansk between Ukrainian soldiers and separatist rebels, and talk of more sanctions against Russia, it is hard to focus on the more subtle changes taking place in this eastern European nation.

By Jim Lobe
Despite pressure from the Barack Obama administration, Ukraine’s new prime minister, and a veritable who’s who in Washington’s foreign policy and financial establishment, Congress adjourned Friday for a 10-day recess without approving emergency assistance for an increasingly beleaguered and economically bereft Ukraine.
Next Page »
ADVERTISEMENT ADVERTISEMENT