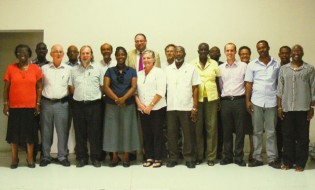 By Eric LeCompte
As the International Monetary Fund shares initial proposals for Grenada's debt restructuring during the Washington DC meetings this week, the Caribbean island could gain a reputation for more than nutmeg, calypso, beaches and the 2012 gold medal sprinter Kirani James.
ADVERTISEMENT ADVERTISEMENT