In this column, Yilmaz Akyuz, chief economist of the South Centre in Geneva, argues that in recent years developing countries have lost steam as recovery in advanced economies has remained weak or absent due to the fading effect of counter-cyclical policies and the narrowing of policy space, and he recommends measures to reduce the external financial vulnerability of the South.

GENEVA, Jul 16 2014 (IPS) - Since the onset of the crisis, the South Centre has argued that policy responses to the crisis by the European Union and the United States has suffered from serious shortcomings that would delay recovery and entail unnecessary losses of income and jobs, and also endanger future growth and stability.

Despite cautious optimism from the International Monetary Fund (IMF), the world economy is not in good shape. Six years into the crisis, the United States has not fully recovered, the Euro zone has barely started recovering, and developing countries are losing steam. There is fear that the crisis is moving to developing countries. 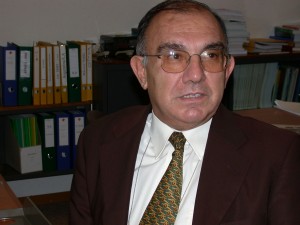 There is concern in regard to the longer-term prospects for three main reasons.

First, the crisis and policy response aggravated systemic problems, whereby inequality has widened. Inequality is no longer only a social problem, but also presents a macroeconomic problem. Inequality is holding back growth and creating temptation to rely on financial bubbles once again in order to generate spending.

Second, global trade imbalances have been redistributed at the expense of developing countries, whereby the Euro zone especially Germany has become a deadweight on global expansion.

Third, systemic financial instability remains unaddressed, despite the initial enthusiasm in terms of reform of governance of international finance, and in addition new fragilities have been added due to the ultra-easy monetary policy.

The policy response to the crisis has been an inconsistent policy mix, including fiscal austerity and an ultra-easy monetary policy. While the crisis was created by finance, the solution was still sought through finance. Countries focused on a search for a finance-driven boom in private spending via asset price bubbles and credit expansion. Fiscal policy has been invariably tight.

There was reluctance to remove debt overhang through comprehensive restructuring (i.e. for mortgages in the United States and sovereign and bank debt in the European Union). Thus, the focus was on bailing out creditors.

There was also reluctance to remove mortgage overhang and no attempt to tax the rich and support the poor, particularly in the United Kingdom and the United States – where marginal tax rates are low compared with continental Europe. There has been resistance against permanent monetisation of public deficits and debt, which does not pose more dangers for prices and financial stability than the ultra-easy monetary policy.

The situation in the United States has been better than in other advanced economies. The United States dealt with the financial but not with the economic crisis, whereby recovery has been slow due to fiscal drag and debt overhang. And employment is not expected to return to pre-crisis levels before 2018.

As for the Euro zone, Japan and the United Kingdom, all have had second or third dips since 2008. None of them have restored pre-crisis incomes and jobs.

As tapering comes to an end and the U.S. Federal Reserve stops buying further assets, the attention will be turned to the question of exit, normalisation and the expectations of increased instability of financial markets for both the United States and the emerging economies.

This exit will also create fiscal problems for the United States because, as bonds held by the Federal Reserve mature and quantitative easing ends, long-term interest rates will rise and the fiscal benefits of the ultra-easy monetary policy would be reversed.

Developing countries lost steam as recovery in advanced economies remained weak or absent due to the fading effect of counter-cyclical policies and the narrowing of policy space. China could not keep on investing and doing the same thing. Another factor contributing to the change of context in developing countries has been the weakened capital inflows that became highly unstable with the deepening of the Euro zone crisis and then Federal Reserve tapering. Several emerging economies have been under stress as markets are pricing-in normalisation of monetary policy even before it has started.

The external financial vulnerability of the South is linked to developing countries’ integration in global financial markets and the significant liberalisation of external finance and capital accounts in these countries. These include opening up securities markets, private borrowing abroad, resident outflows, and opening up to foreign banks. While developing countries did not manage capital flows adequately, the IMF did not provide support in this area, tolerating capital controls only as a last resort and on a temporary basis.

Several deficit developing countries with asset, credit and spending bubbles are particularly vulnerable.  Countries with strong foreign reserves and current account positions would not be insulated from shocks, as seen after the Lehman crisis. When a country is integrated in the international financial system, it will feel the shock one way or another, although those countries with deficits remain more vulnerable.

In regard to policy responses in the case of a renewed turmoil, it is convenient to avoid business-as-usual, including using reserves and borrowing from the IMF or advanced economies to finance large outflows. The IMF lends, not to revive the economy but to keep stable the debt levels and avoid default. It is also inconvenient to adjust through retrenching and austerity.

Ways should be found to bail-in foreign investors and lenders, and use exchange controls and temporary debt standstills. In this sense, the IMF should support such approaches through lending into arrears.

More importantly, the U.S. Federal Reserve is responsible for the emergence of this situation and should take on its responsibility and act as a lender of last resort to emerging economies, through swaps or buying bonds as and when needed. These are not necessarily more toxic than the bonds issued at the time of subprime crisis. The United States has much at stake in the stability of emerging economies. (END/IPS COLUMNIST SERVICE)