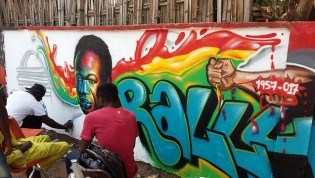 By Julia Hotz
Leah Hughes has big dreams of becoming a community organiser in Appalachia. A rising senior at the California-based Scripps College, Hughes is pursuing a dual degree in International Relations and Studio Art, and is incredibly thankful for her higher education experience thus far.

By Carey L. Biron
Aggressive creditors and investors are seriously undermining the ability of poor countries to deal sustainably with debt issues, academics and anti-poverty campaigners told a briefing at the U.S. Capitol on Wednesday.
Next Page »
ADVERTISEMENT ADVERTISEMENT