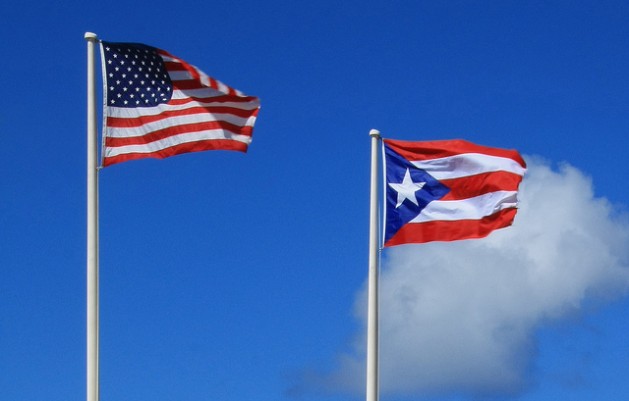 Puerto Rico is a commonwealth of the U.S. Its relationship with the United States has been denounced as colonial by both the independence and pro-statehood movements. Credit: Arturo de la Barrera/cc by 2.0

SAN JUAN, Aug 27 2014 (IPS) - A feeling of insecurity has overtaken broad sectors of Puerto Rican society as the economy worsens, public sector debt spirals out of control, and the island’s creditworthiness is put in doubt.

To tackle this economic crisis, the administration of governor Alejandro Garcia-Padilla has adopted a number of measures that have been extremely unpopular with civil society and labour unions.

"Capital is on the offensive all over the world. But in Puerto Rico it's worse because it is a colony of the United States." -- Retired telephone company worker Guillermo De La Paz

Retirees have been particularly affected. In 2013, the government passed Law 160, which drastically changed the retirement system of public employees. It puts an end to the previous retirement system, established by Law 447 of 1951, under which every public sector worker was entitled to a full pension after 30 years of service, regardless of age.

But Law 160 changes that. The size of monthly pension payments is no longer guaranteed, and employees must work more years in order to get full benefits.

“The retirement system has been compromised,” said labour attorney Cesar Rosado-Ramos in a position paper for the Working People’s Party (PPT).

“It is unheard of, abusive and unjust that people with 30 years of service now have to keep working for four, five, 10 or even 15 additional years in order to receive a full pension. This means the working class will have to spend a lifetime working and if you survive you get a miserable retirement plan.”

The PPT was formed in 2009 by current and former members of the Movement Toward Socialism and the Socialist Front. Its first electoral participation was in the 2012 general elections but it did not get enough votes to elect any candidate.

Public school teachers were spared from Law 160. They sued and last April the PR Supreme Court ruled key parts of the law unconstitutional because they violated teachers’ contracts. Thus the teachers’ retirement was saved, but the court ruling upheld other parts of the law that reduce their Christmas bonuses, summer pay and medical benefits.

“The retirement age of public employees has been raised and their [retirement] benefits have been reduced to poverty level,” economist Martha Quiñones told IPS.

Ramón Marrero, an emergency doctor who works in the city of Cayey, was forced to continue working just when he was due for retirement. He was going to retire after 18 years of work, but with the new law he has to stay on for three more years to get a full pension.

“One has life projects for when retirement comes. When all of a sudden the date for retirement is postponed, all of these projects and plans are turned upside down,” said Marrero, who commutes to work from the nearby town of Cidra.

Quiñones, who teaches at the University of Puerto Rico, pointed out that private sector workers and pensioners are also in for a raw deal. “Many of those private pensions are tied to Puerto Rico government bonds, which have recently been downgraded by Moody’s and Standard and Poor. When the value of these bonds is affected, pensions are reduced.”

Many public sector retirees are politically active, not only defending their benefits and pension plans from the ever present threat of privatisation, but also protesting the government’s neoliberal austerity policies, which affect all of society.

“The local ruling class seeks to reverse the gains and livelihoods of workers to what they used to be in a bygone era,” said labour activist Jose Rivera-Rivera, president of the retirees chapter of the UTIER labour union.

“In order for the neoliberal system to establish its superiority it must erase the last two centuries of labor struggle and solidarity. It’s the new stage of capitalism, they want us to start from zero.”

“Capital is on the offensive all over the world. But in Puerto Rico it’s worse because it is a colony of the United States,” retired telephone company worker Guillermo De La Paz told IPS. “Here the exploiters can experiment in ways they cannot do in a sovereign country.”

Puerto Rico is a commonwealth of the U.S. Its relationship with the United States has been denounced as colonial by both the independence and pro-statehood movements.

The Puerto Rico Telephone Company was public until it was privatised by then governor Pedro Rosselló in 1998. Privatisation opponents paralysed the island in a two-day general strike in July of that year, but to no avail.

“For the rich there is no crisis,” said De La Paz. “I mean, we’ve got [billionaire] Henry Paulson urging rich people to come here to avoid taxes.”

Rivera-Rivera believes that in order to get Puerto Rico out of its economic crisis and protect retirement benefits, the government could start by taxing the rich.

“Our government is supposedly in crisis because it cannot pay its debt, but the previous administration [Governor Luis Fortuño, 2009-2012] practically eliminated the fiscal responsibility of major corporations and rich people in its 2009 tax reform. It wasn’t justified, they were already enjoying major tax breaks.”