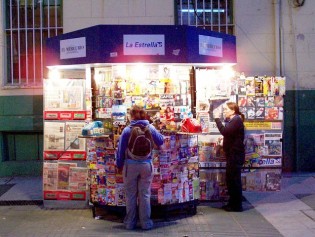 By Carmelo Ruiz-Marrero
A multi-million-dollar grant from a major media conglomerate to a communications school here has been hailed by some as a shining example of corporate philanthropy working to improve the quality of journalism.

By Carmelo Ruiz-Marrero
In late 1986, Washington was rocked by revelations that the Ronald Reagan administration had illegally aided a stateless army known as the contras in Central America.

By Carmelo Ruiz-Marrero
The heart of Puerto Rico’s central mountain range is the site of an extraordinary story of struggle and triumph.

By Carmelo Ruiz-Marrero
The political ground is shifting under the campaign to end the U.S. Navy's use of the inhabited island of Vieques as a bombing range.
ADVERTISEMENT ADVERTISEMENT