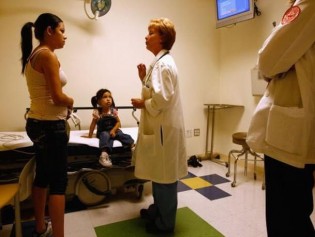 By Joaquín Roy
It was no news to observers, analysts and potential voters that Hillary Clinton would seek the Democratic nomination again to run for president of the United States in November 2016. This was not a surprise. But what only a bold analyst could have speculated is that Bill Clinton’s wife would end up facing off against such unlikely rivals.
Next Page »
ADVERTISEMENT ADVERTISEMENT