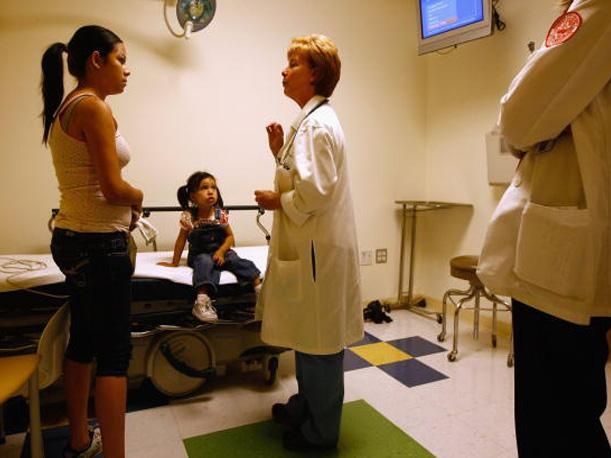 Millions of immigrants in the United States benefited from the program known as Obamacare, but Medicaid, for low-income people, reduced benefits only to migrants with legal status in the country. CREDIT: Telesur TV

SAN SALVADOR, Aug 23 2022 (IPS) - Getting sick is one of the worst fears facing Jorge, a Salvadoran living in the United States, because without access to health insurance or public health programs, he knows he will not be able to afford the high cost of hospital care.

“It scares me to think about what would happen if I got sick, the medical services here are very expensive,” Jorge told IPS by video call. He preferred not to mention his last name for fear that, because he is undocumented, he could be traced and deported by U.S. immigration authorities.

Jorge, 56, left his native El Salvador, the smallest of the Central American countries, more than 10 years ago, where he worked as an English teacher. He went to the United States to forge a better future for himself.

“I came in search of the American dream, but that dream is now a kind of American nightmare,” he said, sitting on the side of his bed in the small room where he lives in the town of Silver Spring, in the southeastern U.S. state of Maryland.

Without the documents that would allow him to live legally in the U.S., Jorge is unable to find a better job, and must settle for working in a company that distributes vegetables, grains and other groceries to online buyers. He is paid 13 dollars an hour.

“I’m actually feeling a weird little pain here, in this part of my arm,” he added, and showed the area that has started to hurt.

According to him, the pain is probably due to the long hours he has to spend in a cold room, at a temperature of 4°C, because he is in charge of removing the products to be packaged and shipped. 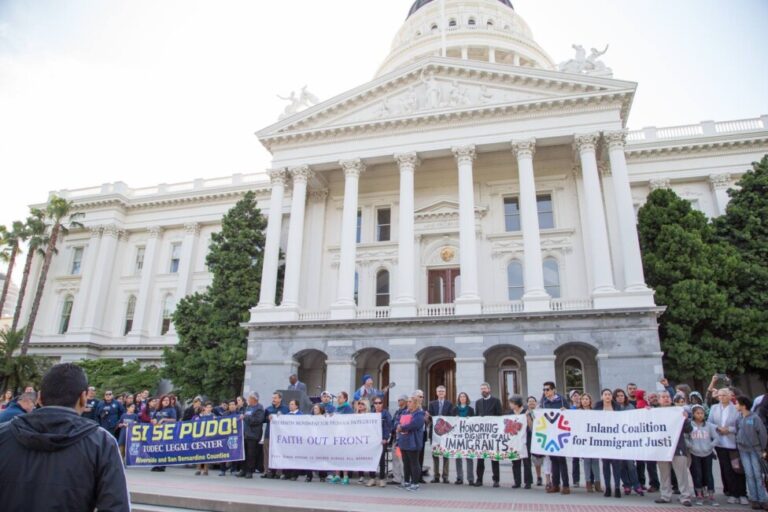 Immigrants demand respect for their rights, including health care, during a demonstration in front of the State Capitol in Sacramento, California. CREDIT: Courtesy of the San Bernardino Community Service Center

Like Jorge, many of the estimated 11 million undocumented immigrants living in the United States face the harsh reality of putting their lives at risk by not seeking hospital services, primarily for two reasons.

First, because they know that the costs of these medical services are exorbitantly high, even for citizens and legal residents, and even worse for undocumented immigrants, who do not have well-paying jobs and are generally ineligible to participate in state or federal health care programs.

And second, because they are afraid to go to hospitals because they believe, not without reason, that the immigration authorities will show up to detain and deport them.

“The fear is not unfounded, there have been documented cases of people who came for medical attention and the hospitals called the immigration office,” Emilio Amaya, executive director of the San Bernardino Community Service Centre, told IPS.

But Amaya added that “We cannot say that this is a generalized practice, there have been isolated cases, but it is common in towns on the border with Mexico.”

His organization, located in the San Bernardino Riverside area of California, has been helping undocumented migrants since 2001, added Amaya, a Mexican who has lived in the United States for some 40 years.

Regarding the high cost of hospital services, Amaya added: “In general terms, regardless of immigration status, access to medical care is difficult and expensive.”

And it gets more complicated, he said, in the case of undocumented immigrants, since they do not go to the hospital because they do not qualify for public medical assistance programs for low-income people, such as Medicaid, or because of the aforementioned fear of being detained by immigration authorities.

In doing so, they put their health at risk.

The possibility of receiving medical coverage, he said, as a result of state or federal programs, depends on the state or city where one lives, since there is no national standard that applies across-the-board throughout the country.

And while undocumented individuals generally have difficulty becoming eligible for some form of public health care, such as the national Medicaid program, in some states, such as California, there have been positive steps toward greater inclusion.

“For years we have been working on a campaign called Health for All, which has been allowing anyone, regardless of their immigration status, to have access to public health services,” Amaya said.

“Now we are trying to extend this to any person regardless of age,” he said.

But “this is not the case in other states, such as Texas, Alabama, Tennessee, the Carolinas, where access to health care for the undocumented community is nonexistent,” he said. 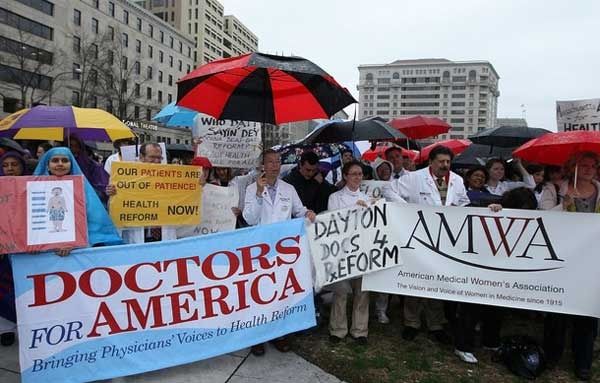 Americans and immigrants call for a public health system that guarantees universal access and want Medicaid to cover migrants without resources, regardless of their immigration status. CREDIT: Telesur TV

An arm and a leg

Most of the 11 million undocumented immigrants in the United States come from four countries: Mexico and the Central American countries of Guatemala, El Salvador and Honduras, which face acute problems of unemployment, insecurity, lack of education and housing.

In the United States, the richest and most powerful nation in the world, a healthcare system dominated by the profit motive, driven by one branch of the financial industry – the insurance industry – reigns supreme.

“This is unbridled capitalism, in all its glory,” said Jorge, talking to IPS at 7:00 p.m. while at the same time preparing his food and other things, to get up the next day at 4:00 a.m., and start his up to 14-hour workday an hour later.

If you do not have an employer that provides health insurance, or if you are not a beneficiary of programs such as Medicaid, which is designed with state or federal funds to cover people with little ability to pay, the cost of medical treatment must be borne by you alone, and it costs an arm and a leg.

Hospitals are required by law to provide medical services regardless of immigration status.

But with no private insurance policy and no medical coverage, and with a bill to pay of several thousand dollars, these hospitals give people the possibility of paying for the service in monthly installments.

According to the Cable News Network (CNN), which cited a report released in July 2021 by the Kaiser Family Foundation, 23 percent of immigrants in general and 46 percent of undocumented immigrants are uninsured, compared to just over nine percent of U.S. citizens.

Jorge told how a co-worker, an undocumented Guatemalan whose name he preferred not to give, suffered a hernia six months ago. He went to the hospital when he could no longer stand the pain, and the treatment cost him 12,000 dollars.

“Since then, he has that debt to the hospital, he hasn’t been able to pay a thing until now,” Jorge said.

The Guatemalan’s father-in-law, who he also did not identify, had an accident at work, falling from the roof of a house and suffering multiple fractures, said Jorge.

A metal plate to replace the broken bone, plus several therapy sessions, cost 400,000 dollars, he said.

Oscar, a Mexican immigrant who has obtained U.S. citizenship, told IPS that in 2004, having just arrived as a beneficiary of a legal temporary work program sponsored by a binational agreement, he sought help for stress.

An ambulance from one of the hospitals in Panama City Beach, the city in the state of Florida where he lived at the time, picked him up for medical assistance.

“They took an X-ray and an electrocardiogram, and I spent about two hours in the hospital, and for that they charged me 800 dollars,” said Oscar, 56, who works as a driver for the rideshare app Lyft and lives in Richmond, California.

The medical coverage included in Oscar’s contract only covered work-related accidents, he said, not other types of ailments outside the scope of work, although the stress was probably directly linked to the hotel work he performed.

Amaya, the director of the San Bernardino Community Service Centre, noted that despite the burden of having to pay debts for the hospital service received, the organization encourages undocumented individuals to seek health care.

“It is better to save your life by running up a debt you have to pay off in installments than to lose your life by not seeking the extremely expensive service,” he concluded.