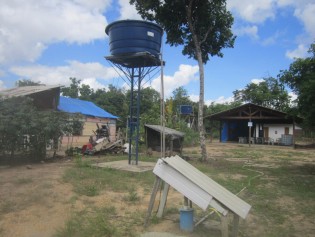 By Mario Osava
The war in Angola, the earthquake in Haiti, Venezuela’s political crisis and shortages and the political repression in the Democratic Republic of the Congo are the main driving factors behind the recent waves of immigration to Brazil.

By Inés Benítez
“We used to be seen as really useful, and now we’re a pain in the neck,” said Roberto Suárez, an Ecuadorian who was complaining about proposed fines or prison sentences that could target Spanish citizens who help undocumented immigrants.

By Inés Benítez
The closure of one of Spain’s eight immigration detention centres on Wednesday was celebrated by human rights groups, which for years have denounced the prison-like conditions in the centres.

By Jim Lobe and Ethan Freedman
Asia has surpassed Latin America as the largest source of new immigrants to the United States, according to a major new report that found that Asian-Americans also enjoy the highest incomes and best education of any racial group in the United States.
Next Page »
ADVERTISEMENT ADVERTISEMENT